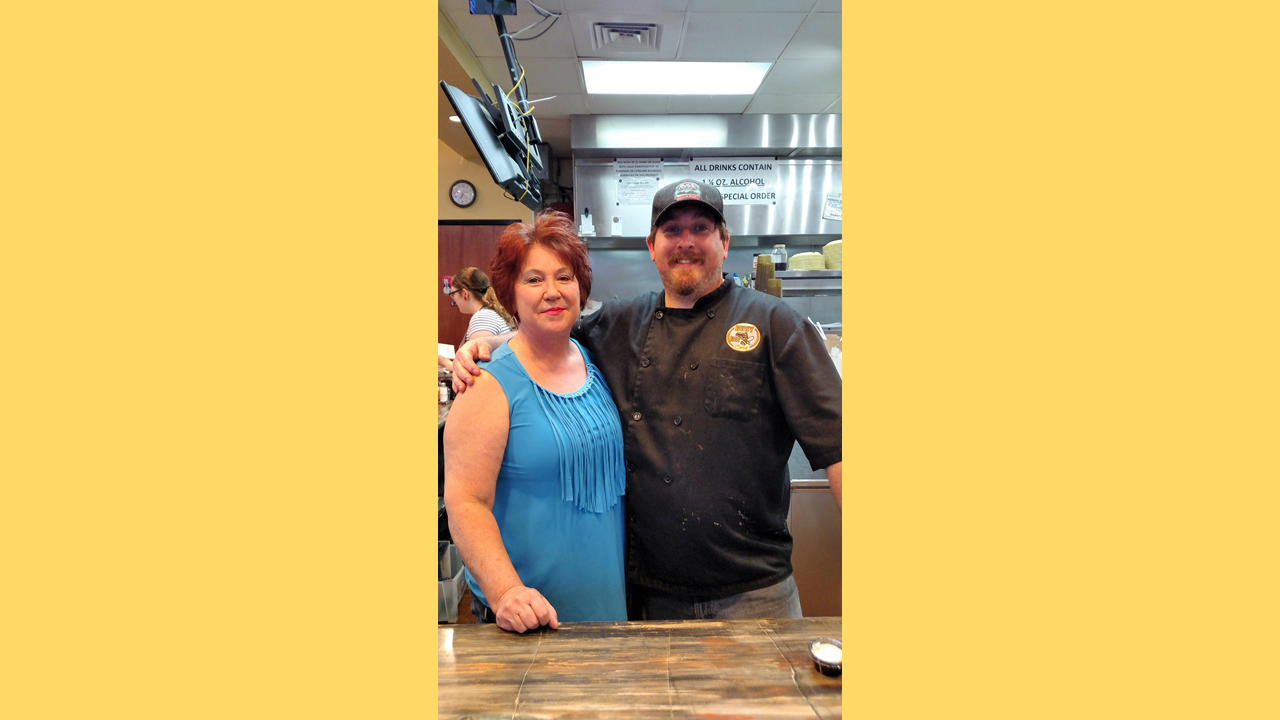 CULLMAN – Saturday morning on April 30 finds the Busy Bee Café filled to the brim with breakfast patrons at each table, booth and counter seat. Short stacks of pancakes along with platters topped with scrambled eggs, bacon and biscuits and gravy are usually found in front of hungry diners with cups full of fresh, hot coffee or the perfectly sweetened iced tea. It’s been that way for almost a hundred years at Cullman’s oldest restaurant, and not even April 27, 2011’s EF4 tornado, which boldly made its path straight through Busy Bee, could keep the beloved landmark down for long.

Twelve hours later on Saturday evening, the Cullman and surrounding communities have packed into the restaurant once again. The crowd is just as thick as it was during the morning rush, but even livelier as Huntsville’s Tres Locos added its special bluesy flavor and funk to the cafe’s celebration. At 7 p.m., Busy Bee Cafe’s “4-year reopen celebration” officially started as the band provided the perfect jovial atmosphere to honor the cafe’s resilience and the community’s appreciation and gratitude for Busy Bee and the Spears family.

Originally opened in 1919, the restaurant, located at the northeast corner of First Avenue Southeast and Fifth Street Southeast, is currently owned and operated by Kitty Spears and her family. Spears was alone in the restaurant when the tornado roared through, devastating the Bee and other businesses on the block, such as Cullman Florist. Little remained in the restaurant after the monster moved along its path and what did remain sustained serious damage, including Spears who suffered a broken pelvis and other wounds.

As Spears healed from her injuries over the next year, the beloved restaurant recovered brick by brick as a testament to the strength and fortitude of both the business and its owner.

“Nothing survived except the dishwasher and me,” laughed Spears. Both Spears and the dishwasher are still hard at work, although Spears claims to be semi-retired now. She was found working the grill Saturday morning.

When asked about the changes made since the tornado, Spears shared, “We added a lot to the menu with a full breakfast and the lunch menu is bigger. We added the night shift on weekends when we do a totally different menu including steaks and beer. Kyle, my son, is our night shift guy and he’s the one that starting bringing in all of the beer. I had never heard of craft beer before and now he has us with the biggest selection of craft beer than any other restaurant in town. Most other places will carry one or two at the most, but Kyle keeps at least eight on hand all the time including beer from Cullman’s very own Goat Island Brewing!”

Now, it’s difficult to notice that the restaurant or Spears endured the year of recovery after the tornado. “Business is good. It’s really good actually. You know we got tons of free advertising out of the storm, you know,” laughed Spears, whose attitude has been the true key to Busy Bee’s resurgence.