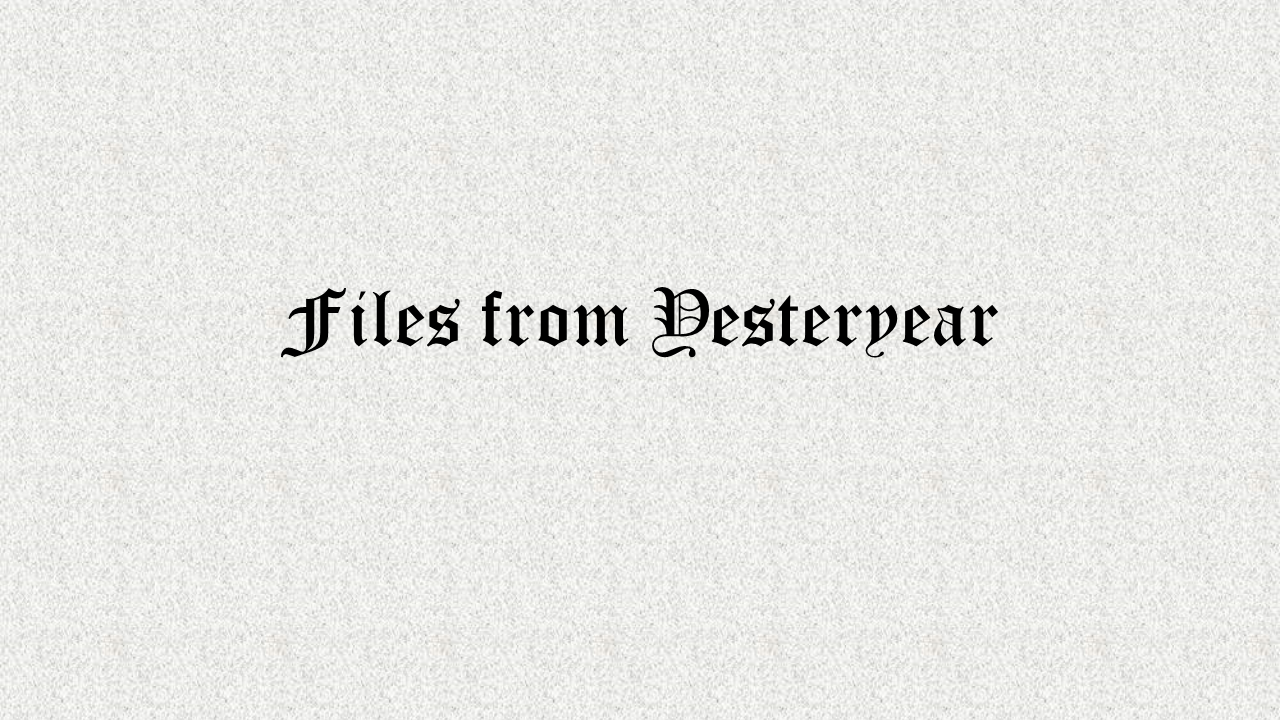 Each week, we're going to share a few items from The Cullman Tribune's archives. It may not be "important" news, but we think it's interesting to see what was "news" at different points in history. And who knows? Maybe someone from your family will show up!

There was not more than a third of a crop of strawberries this year.

The little son of Mr. and Mrs. A.F. Stinson was climbing a tree, caught a live telephone wire and was unable to turn loose. Neighbors soon rescued him without injury.

Jesse Howell was thrown from his horse on Monday and broke his leg between the hip and the knee.

At Arkadelphia, Misses Regina Taylor and Virginia Crowder attended the play at the school on Thursday night. Lewis Dean was the escort of Miss Eunice Crozel, on Friday night. Miss Velaria Strong and Clifford Dye were the Sunday guests of Misses Zelma and Fronia Self, of Welcome.

Miss Esther Perdue, daughter of Mr. and Mrs. L.H. Perdue, graduated this week from the Birmingham Baptist Hospital School of Nursing. She had high honors. The many friends of Miss Perdue wish for her much success as she enters the field of caring for the sick.

Mr. Nathan Smith was showing off his beans Monday to friends who visited his barbershop. The beans were grown back of his shop and pods measured six inches long. Miss Frances McPherson was the Valedictorian of the Cullman High School Class of 1930. Salutatorian was Miss Margaret Hartwig. Fred Kelley, son of Mr. and Mrs. W.O. Kelley graduated at Alabama Military Institute at Anniston. He was presented a beautiful sport model Chevrolet roadster for graduation from his parents.

Miss Christine Hembree was neither absent nor tardy during the seven years she attended Cullman City Schools. Miss Hembree also made excellent grades.

Norris Estes and Ludie House were the happy callers of Misses Hester and Flaye Crumbley, on Sunday at Holly Pond. Ulysses Shaw was the caller of Allene Watts, on Sunday. Curtis Reid was the escort of Miss Tessie Ellard, on Sunday night.

“When you know enough to know what you lack, you are in an excellent position to know what stands between you and happiness.”

Mrs. Alfred Newman will leave Saturday for her home in Baltimore, Maryland. She is the daughter of Mr. and Mrs. John Racke.

The Reverend Clayton Phillips has announced that the Logan Methodist Parsonage will be dedicated, on Sunday, June 5th.

Helen Walker and Delton Stidham were married on Saturday.

“The Plunderers,” “Rose Marie,” “Hell Below Zero,” “Rear Window” and “Fighter Attack” were showing at the 31-Drive in Theatre.