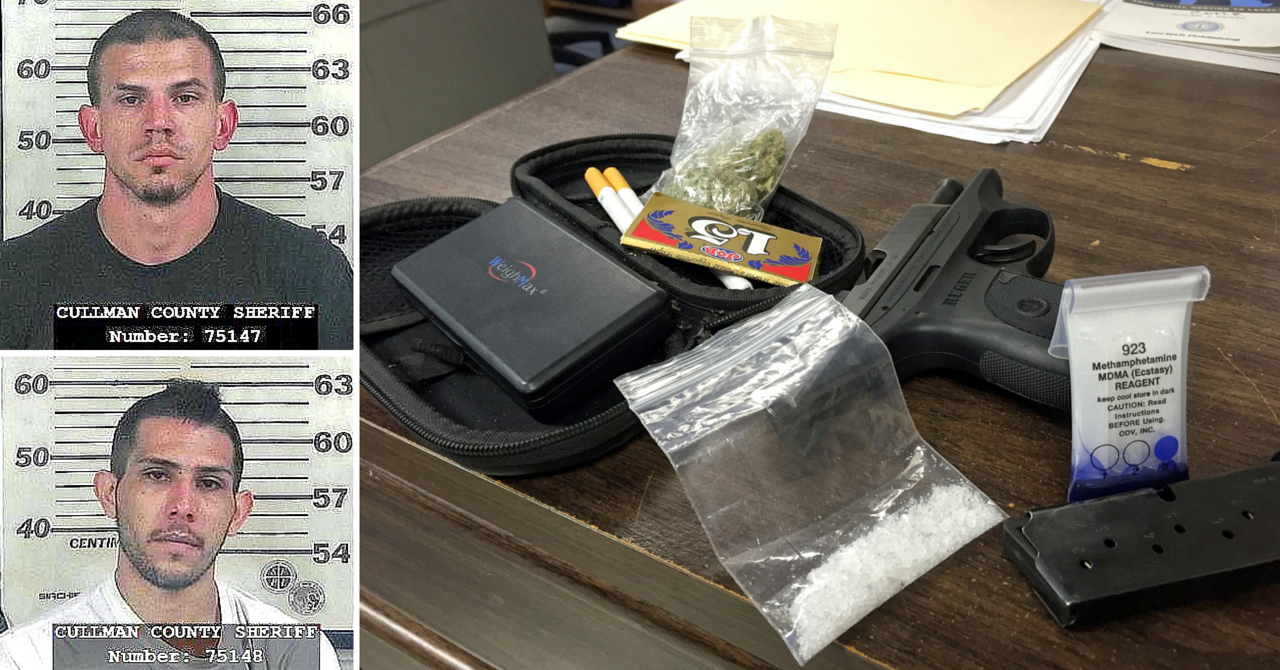 Early Wednesday morning, March 30, CNET agents conducted a traffic stop on U.S. Highway 278 East near Holly Pond. Agents discovered the driver, Pesina, had outstanding warrants with other law enforcement agencies and he was placed in custody. After agents searched Pesina and Thomas as well as their vehicle they discovered 4 grams of methamphetamine, marijuana, drug paraphernalia and a Ruger 9mm handgun.

“First of all, I am glad the arrest went well and without incident. Any time a suspect has a gun anything can happen,” said Cullman County Sheriff Matt Gentry. “I also commend CNET for their hard work late into the night and putting these drug offenders behind bars."

Pesina and Thomas are currently being held in the Cullman County Detention Center without bond.