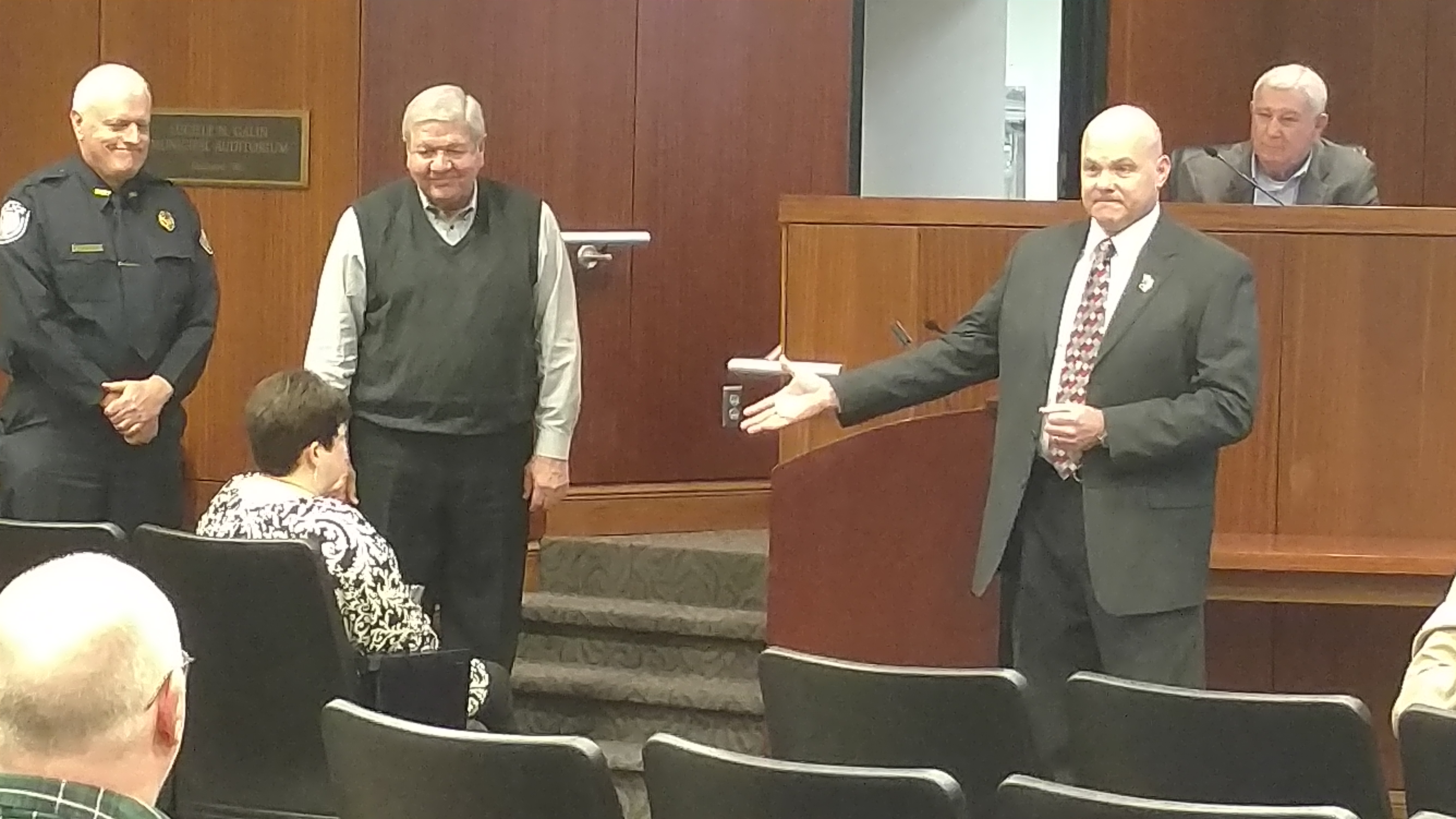 CULLMAN – The Cullman City Council met Monday, Feb. 22 at 7 p.m., and Craig Montgomery, a 23-year veteran with the Cullman Police Department, was named Assistant Chief of Police, filling the vacancy left by Craig Green who recently retired. Many members of the CPD were in attendance in support of Montgomery.

Susan Sisk was commended for her five years of service with the CPD as a dispatcher.

“Dispatch is one of the hardest jobs in this city. They do not receive the recognition and thanks that they deserve,” noted CPD Chief Kenny Culpepper.

Also recognized was Patrol Sgt. Todd Craig, for his fifteen years of service with the department.

A $240,000 request from Water Superintendent Chris Freeman for a new directional drill, its training, and accessories was approved.

The city entered into another contract with the approval of Resolution No. 2016 – 50. Under the contract, St. John & Associates, Inc. will provide a sewer evaluation study for $98,280.

Resolution No. 2016 – 51 was added and approved to begin repair on Larkwood Bridge as soon as FEMA approves and water levels lower making the repair work possible. The bridge has been closed since the Christmas Day flooding.

Resolution No. 2016 – 52, entering into contract with Latham and Associates, for $53,200 for professional engineering services for the street department facility, was approved.

All members were in attendance.