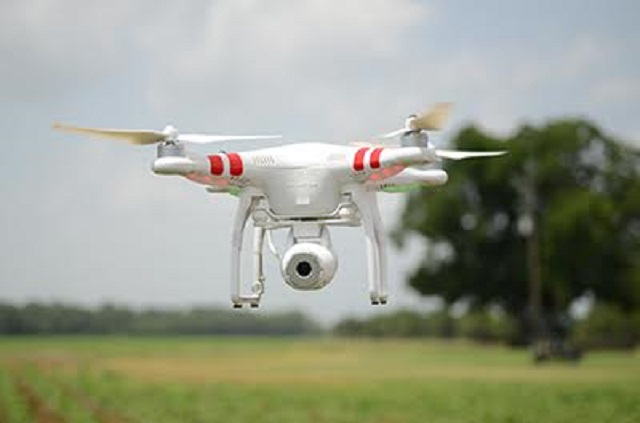 The Alabama Farmers Federation’s Carla Hornady said the rule only applies to hobbyists and for recreational drone use.

“We think this is a step in the right direction, but the largest beneficiary from UAS technology—the business sector— is stalled on the ground,” said Hornady, cotton, soybean and wheat & feed grains divisions director. “Farmers have an excellent track record when caring for their livestock, their land and their communities, and the same applies to U.S. airways.”

The new registration rule applies to UAS weighing over 0.55 pounds and less than 55 pounds including payloads such as on-board cameras.

The registration process may clear the way for UAS to be used for agriculture in the future, Hornady said, noting the technology remains banned for most commercial uses.

“I think the registration isn’t that bad,” he said. “If all we have to do is register so they know who’s using the technology, that’s fine. UAS are very beneficial tools. I think people need to know where they are, because they could also be misused. On the front end, it’s very benign and basic, but I’m also cautious about how the information could be used in the future.”

Under the rule, any owner of a small UAS who operated a model aircraft prior to Dec. 21, 2015, must register no later than Feb. 19, 2016. Owners of any UAS purchased after Dec. 21, 2015 must register before the first flight outdoors. Owners may use either the paper-based process or the new web-based system at www.faa.gov/uas/registration. Owners using the online system must be at least 13 years old to register. The FAA is developing enhancements that should allow for business registrations by spring of 2016.

“Make no mistake: unmanned aircraft enthusiasts are aviators, and with that title comes a great deal of responsibility,” said U.S. Transportation Secretary Anthony Foxx. “Registration gives us an opportunity to work with these users to operate their unmanned aircraft safely. I’m excited to welcome these new aviators into the culture of safety and responsibility that defines American innovation.”

Registrants will need to provide their name, home address and email address. Upon registration completion, the web application will generate proof of ownership that will include a unique identification number for the UAS owner, which must be marked on the aircraft.

Owners using the model aircraft for hobby or recreation will only have to register once and may use the same identification number for all of their model UAS. The registration is valid for three years.