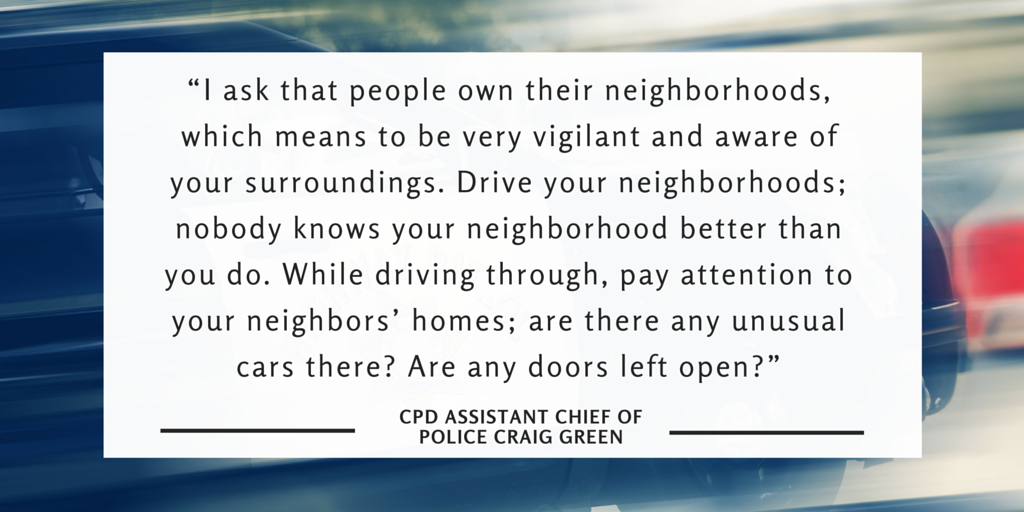 CULLMAN — Members of the Cullman City Police Department have been scratching their heads over a rash of recent activity in town. More than a dozen break-ins have occurred in residences across the city, but strangely, nothing appears to have been taken from any of the homes.

“So they are breaking into these homes and not taking anything,” he continued. “This is the time of year where people break in and steal Christmas presents from under a tree, but that’s not the case here. One of the homes had cash, an iPad and a laptop sitting on the kitchen counter and none of it was taken. It’s just really strange.”

Green said that break-ins usually occur at night, but these events are happening during daytime hours. He said most are occurring between 8:30 in the morning and 4:30 in the afternoon while people are at work or school.

“We want these people caught,” Green stated. “They are entering homes, but not actually stealing anything. Last week we met with the district attorney, and today we sat down with our command staff and sheriffs and brainstormed, trying to figure out why they are doing it by trying to think outside the box. We are working together to stop it.”

The police will be revisiting each of the victims and will be asking them to go back and check their clothing and food to see if any is missing. They need to determine the motive behind the breaking and entering to help solve these crimes.

“We need everyone’s help,” Green explained. “I ask that people own their neighborhoods, which means to be very vigilant and aware of your surroundings. Drive your neighborhoods; nobody knows your neighborhood better than you do. While driving through, pay attention to your neighbors’ homes; are there any unusual cars there? Are any doors left open?”

While the break-ins have many on edge, it is important not to panic. Citizens are urged to be aware of their surroundings and look for anything unusual. Residents that suspect something odd is happening in their neighborhood or have any information regarding the recent break-ins, should contact the Cullman City Police Department at 256-734-1434.