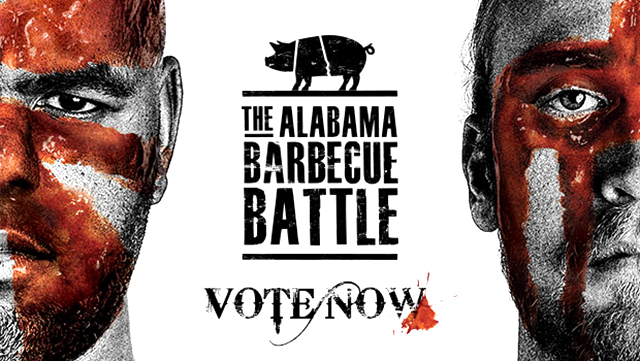 MONTGOMERY – The competition for Alabama’s best barbecue restaurants is heating up as establishments across the state vie for votes and bragging rights during The Alabama Barbecue Battle as part of The Year of Alabama BBQ. This year, 50 nominees will compete in five brand-new categories to determine the best in each.

Voting Categories:
Legends: Even the house of Alabama barbecue needs a foundation, and these legends laid the bricks. They’re leaving their legacies, one plate at a time.

Multi-locations: More than one location means your favorite barbecue is never out of reach.

The Mom and Pops: Nothing beats the old-school, single-location, family-run ’cue joint with a story just as good as the food. Soak in the familiar smiles as you soak your napkins in sauce.

The Rookies: In Alabama, it takes decades to become a barbecue legend, but these rookies are on their way to the hickory-smoked hall of fame.

The Dives: You know the place. There’s always a line of hungry locals, your meal is served on something not normally considered a plate and you leave smelling like hickory smoke.

The top 10 restaurants in each category were selected based on more than 1,600 nominations that poured in from social media over the past several months. Voting in each category begins Thursday, Aug. 6, and concludes on August 31. Winners will be announced Sept. 1, 2015.

“We look forward to seeing who is left when the hickory smoke clears,” said Alabama Tourism Director Lee Sentell.

“The barbecue bracket has been one of our most popular social media promotions in the past few years, and this year will prove to be the biggest battle of them all. While almost all communities in Alabama have their favorite, and unique, barbecue joints, our followers took some time to nominate their favorites. With so many nominations pouring in to seed each category, we anticipate the number of overall votes to be in the thousands.”

Learn more about The Alabama Barbecue Battle and Alabama culinary destinations and events at ILoveAlabamaFood.com.

Funny Things from Yesterday: It scared his mule