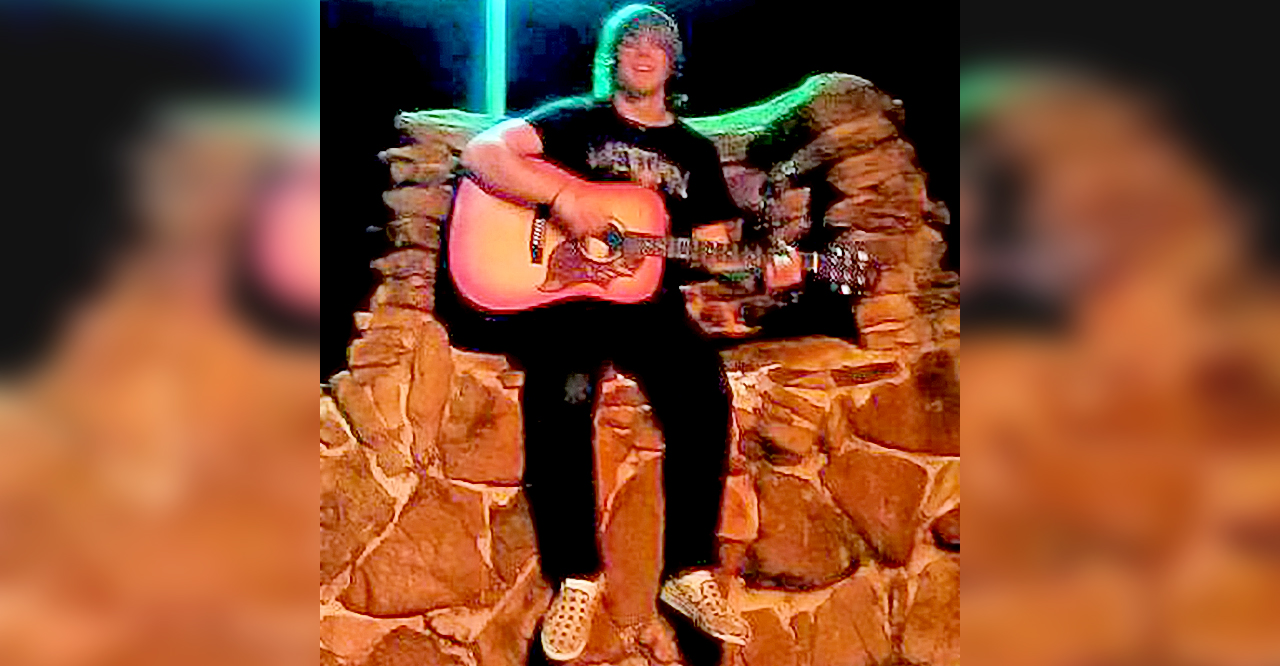 My plan is to always write music.”
Montgomery Miller, Musician

Abandon Disclosure had an opportunity to be signed with a record label named Solid State. The band released a four-track ep entitled Shower of Red before calling it quits. “After breaking up, all [of] our ‘watchers’ from the company disappeared with the dying breath of Abandon Disclosure,” said Miller.

Miller then went on to sing for I Am Surrounded. The band began focusing on recording songs rather than performing immediately. Miller began sending recordings to various record labels.

“With many unviewed and unresponsive messages, Matchless Records gave us a long message with their company number,” explained Miller. Unfortunately, I Am Surrounded hit a rocky patch when two members of the band attempted to kick Miller out.

“Part of the reason for the exile of me was being a Christian band and different outlooks,” Miller continued, “Me and the drummer were the only ones who wanted to be a devoted Christian band or nothing at all, and that’s all I’ll say about that. When I left, I tried to tell them to pursue Matchless. Whether they did or not, I don’t know, but very shortly after my departure they broke up.”

Forever in My Hands is a beautiful piece with melodic guitar parts, and warm, ambient string instruments.

Although Miller has mainly sung metal that often calls for screaming, Forever in My Hands showcases his expert ability to adapt his voice to a different style.

The song uses instrumental harmonics and powerful guitar riffs that help convey the emotional message of the song.

“The inspiration to Forever in My Hands is the fear of being alone. The woman I mention in the song is the ‘girl in the stars’ so to speak. The one ‘I want to know more’ is the girl I dream about and wake up upset because I can’t even remember what she looks like,” explained Miller, “The feeling of comfort is all I know about her. I feel like I’ll never end up alone because I know who I am, my goals and morals, but people are so judgmental. I feel my past will always haunt me, and I begin to change my mind and start to fear I’ll be alone. My soul mate could be scared off from my past mistakes.”

New recording. I call it If this is a garden, then why arent we growing?Enjoy. There is barely any screaming XDhttps://m.soundcloud.com/ontgomeryillerontyy/if-this-is-a-garden-then-why-arent-we-growing

Today, Miller is focusing on going to college and, of course, writing music. “My plan is to always write music. I’m trying to get a band to start touring again, but I will continue to go to college and have a ‘back-up plan’,” said Miller.