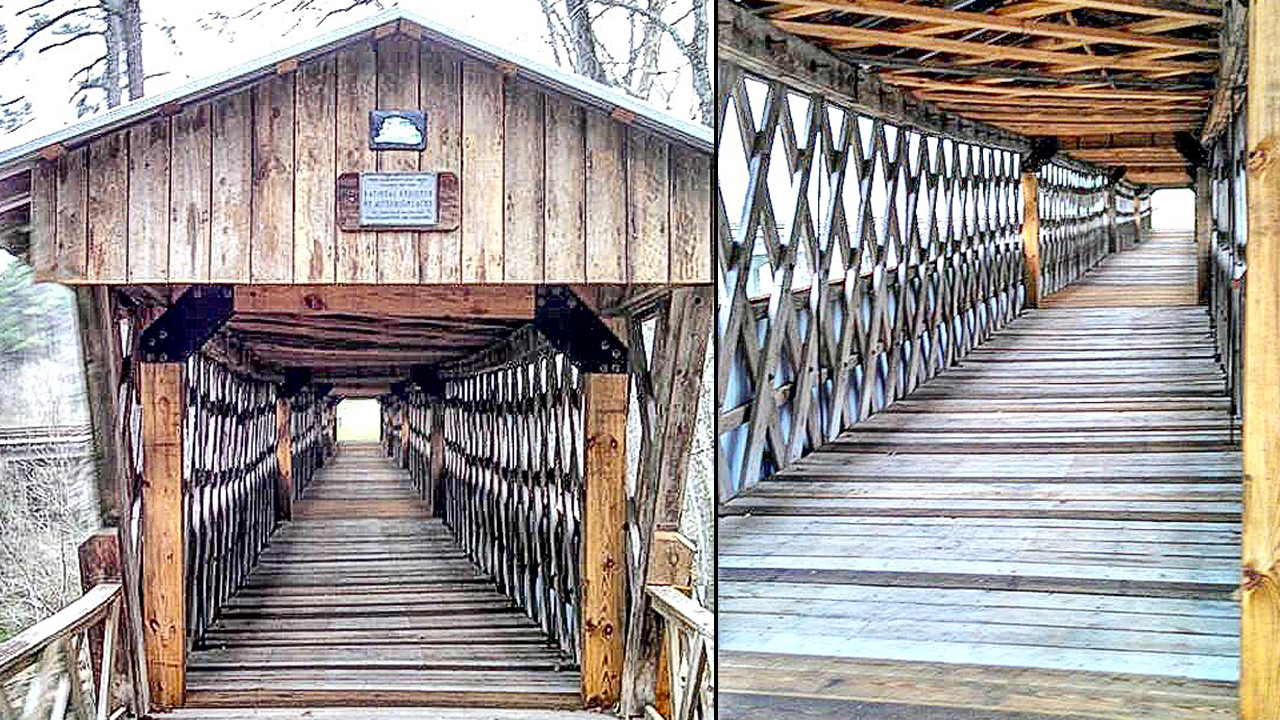 BETHEL – The construction crew is finally finished and all their equipment has been removed from the area. Clarkson Covered Bridge is once again open to the public. The bridge has been restored and its historic sign has received much-deserved attention.

Visitors to the park will notice new signs located throughout the area. There are 15 small signs in the park. They are scattered around at different points and have QR codes on them. The QR codes can be scanned with a cell phone and will retrieve information about things such as the history of the bridge and the various plants on site.

Another new addition to the park is a cabin. It is the same building where the water wheel is attached. The park will be renting it out with a two night minimum stay, hopefully starting by the middle of April or the first of May. It will be perfect for romantic weekend getaways, family reunions, girl’s night outs and more.

“The house used to be a caretaker’s place and we have turned it into a cottage now,” said Doug Davenport, director of Cullman County Parks & Recreation. “It has three bedrooms with queen size beds in all of them. It has a bathroom and a full sized kitchen in it. It is just like a regular residential home.”

Update on the bridge. Should be back open in couple weeks.

In the past, the water wheel was a favorite with the park’s visitors. Unfortunately, it hasn’t worked in years.

“We’re in the process of trying to find someone or a company that can rebuild the old water wheel,” Davenport said.

“We’d like to have either another wooden one, but it may be metal. I’ve gotten a price on one of each, but I’m still shopping the market on it. That’s been one of my goals since I took this job – to get the water wheel going.”

Cullman County is beautiful and Clarkson Covered Bridge is right in the middle of it.

The bridge is one of Cullman’s many hidden treasures and those that have been will likely agree.