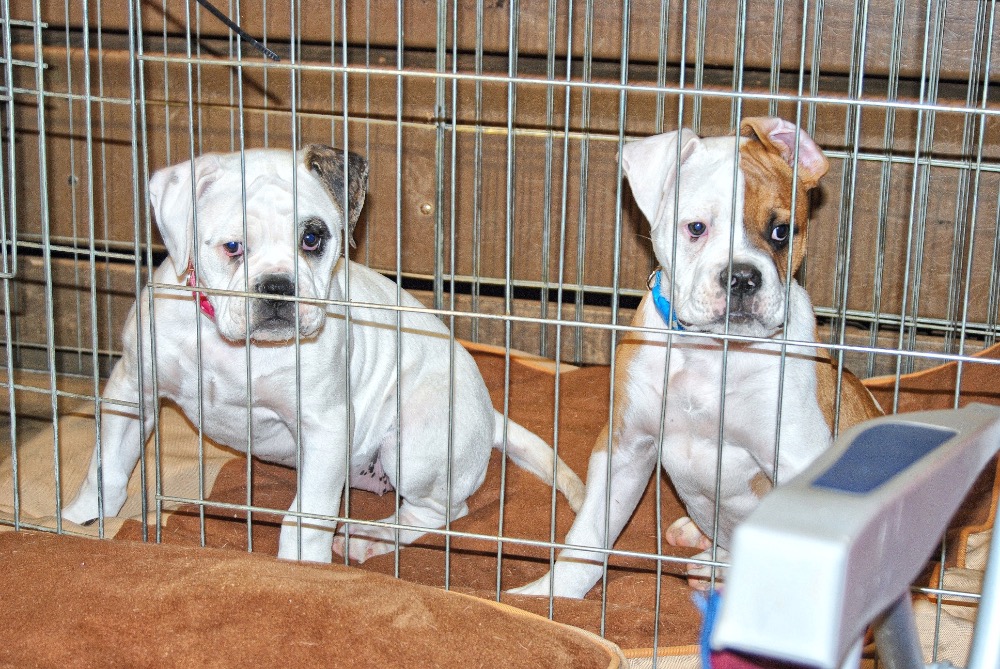 But just because a dog isn't the prettiest or doesn't walk exactly right doesn't mean it's not the best dog ever to someone who loves it.”
Colton Evans, Dog Show Honoree

VINEMONT – The North Alabama American Bulldog Club hosted their 4th annual NKS sanctioned American Bulldog Charity Show in honor of Colton Evans, a young boy who died of cancer who very much loved dogs. The event was held on Saturday and Sunday, March 7 & 8 at the Cullman County Agricultural Trade Center in Vinemont. The proceeds went to Relay for Life of Cullman County and St. Jude's Children's Hospital.

Colton was diagnosed with cancer at 9 years of age. He loved dogs of all kinds – as much as he loved people.

“The North Alabama American Bulldog Club started planning our first American Bulldogs Care show in the fall of 2011 in honor of Colton,” explained Elena Caudle, one of the event’s organizers.

“Colton was extremely excited about being a part of it all and we kept him informed of all the plans as they happened. We talked about all parts of the show including the criteria the dogs had to meet in order to get their points, ribbons and awards.”

“That was all great, but true to his sweet, kind and compassionate heart, Colton started worrying about the dogs that were ‘different’ and didn't ‘fit’ the conformation standards. One day he said to me, ‘But just because a dog isn't the prettiest or doesn't walk exactly right doesn't mean it's not the best dog ever to someone who loves it.’ I dare anyone to argue with that wise logic,” she smiled.

The dogs all did very well. Some won blue ribbons and others just had fun strutting their stuff for the crowd. But by far, the best part of the whole event was the Colton’s Choice Award.

“Sadly, though he fought a hard and courageous fight, Colton died in January 2012 just before our first show in March,” Caudle explained.

“Our hearts were broken, but we absolutely didn't want to do away with the award. The plan was to have Colton meet and greet all the dogs at the show and based on his criteria alone, choose the dog that he liked best for whatever reason he liked it! Thankfully, Colton's little brother Garrett is also a diehard dog lover and he stepped up to choose the recipient of the award for us instead and has done so ever since. This year is no exception,” she giggled excitedly.

Hardee’s/Red Burrito provided the food and helped raise money for the Relay For Life’s C-Team in honor of Colton Evans.

The next American Bulldog Conformation Show will be in one year. Don't miss out on one of Vinemont’s growing events – all for fun and a great cause.