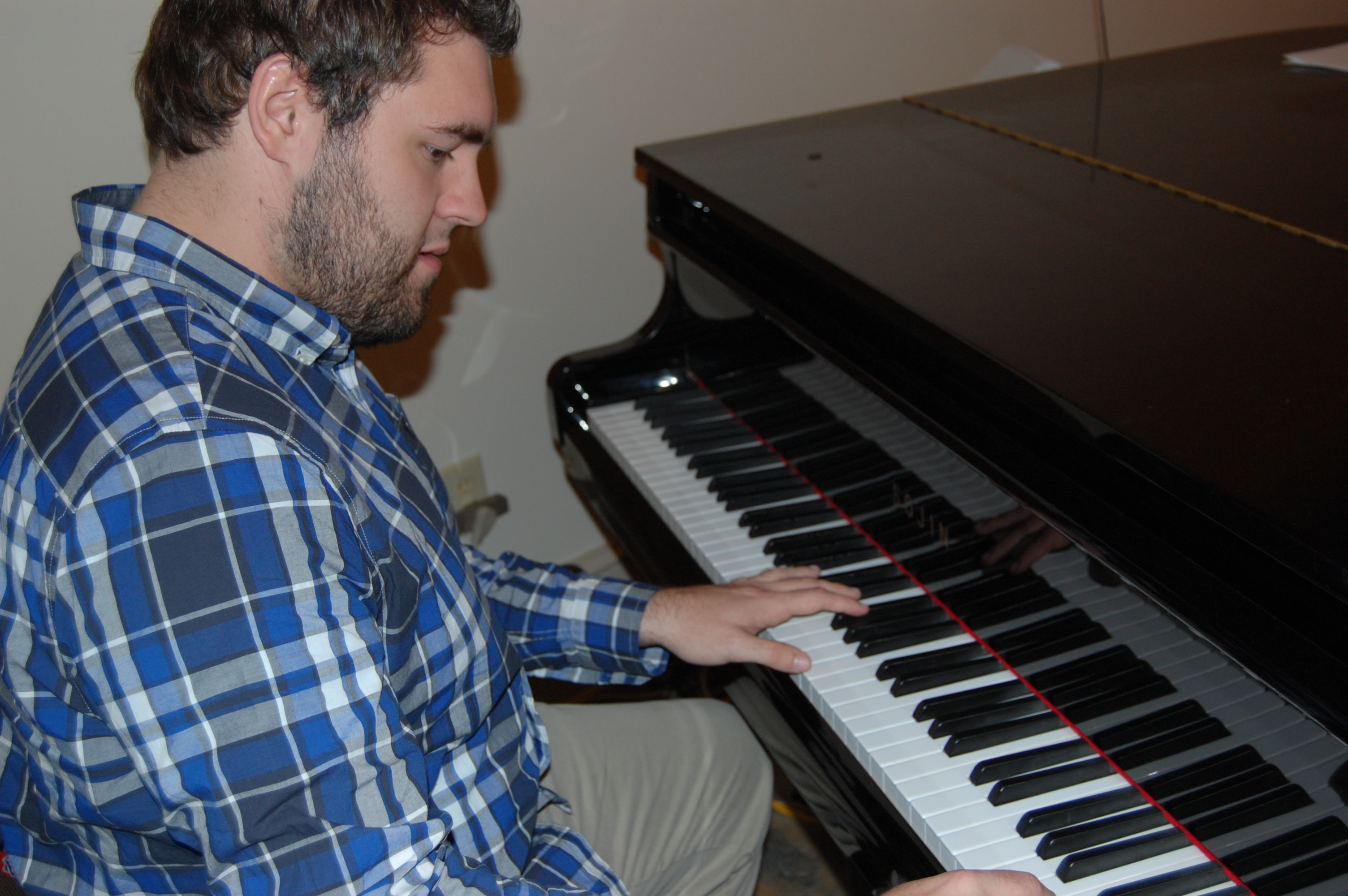 CULLMAN – Last Thursday many people around the world remembered and celebrated what would have been Elvis Presley’s birthday. He would have been 80 years old. Grace Episcopal Church of Cullman celebrated “The King” with a performance open and free to the public, accepting only donations. What better way to raise funds for the Beans & Rice Ministry than an Elvis tribute?

This wasn’t your typical Elvis tribute performance though. Incorporating live musical performances, trivia, dramatic readings, short sketches and comedy, Love Y’all Café food ministry’s Elvis tribute was entirely scripted by Mr. Ben Johnson, more commonly known as Ben South. The performance gave off an improvised, interactive, theatrical vibe. Ben South’s focus for the last 20 years has been southern and on “southern stuff”. Just like his website, Southernness.com, his Elvis tribute had “Southernness” written all over it.

At 7 p.m., there was almost a full church with several members of the community in attendance, both church members and non-members. Sara Baker has been a Cullman resident and Grace Episcopal church member for 34 years. She is also a member of the Good Samaritan Health Food Bank, Committee for Church Cooperation, Vestry Parish Counsel and president of the Episcopal Church Women Community Outreach. Sara was very pleased with the outcome for the event and looked forward to just “having a good time”.

Sitting solo in the back was one of the younger attendees. Elementary Education major Ben Miller is a student at Wallace State, a member of the Wallace State Singers, and works at Chick-fil-A of Cullman. He heard about the event straight from Mr. Ben South himself.

Miller said, “Ben South comes in all the time and tells me about his plays.” Miller is not a member of Grace Episcopal, he attends Crosshaven Church between Hanceville and Cullman, but he is an Elvis fan and “cracks up every time” he hears his favorite song “You Ain’t Nothin’ But A Hound Dog”.

When asked what he expected from the performance, Miller responded, “To be kinda astounded really. He’s [Ben South] a really, witty character so I expect nothing less.”

Southern felt stories of Elvis were told. The Arnold Street Band turned out the lights for their performance of “Are You Lonesome Tonight?” and changed a few of the words in the song “Just A Closer Walk With Thee”, creatively renaming it “Just A Bowl Of Rice And Beans”.  Mr. James Green’s performance received a standing ovation; and Wayne Miller immediately followed him doing a dramatic reading of “Suspicious Minds” as “Sir, Bubba Olivia”, opening with his sarcastic opinion of the last performance saying, “Eh, that was pretty good”. His reading was a crowd pleaser igniting much laughter.

Choir and Wallace State Singers Director Tiffany Richter has an extremely busy schedule, as well as two young children at home. Richter was happy to contribute to the event. When asked why she chose to prepare a performance, she said, “I love Ben Johnson, so even before I knew what it was about, I said of course. But I wanted to do what I could to help raise awareness about this new ministry in the community.”

With herself on piano, Tiffany brought down the house with her jazzy rendition of “You Ain’t Nothin’ But A Hound Dog”. Three of Wallace State’s Singers group also contributed a beautiful, three-part harmony performance of “Fools Rush In”, with Joel Burks on guitar, Sarah Walker as lead vocal and Brad Steele on piano.

Before the closing of the event, Jerry Jacobs said a few words expressing his gratitude to everyone involved and his pride for having started the 18th Episcopal Church in the dais to have the Beans & Rice ministry, which began nine years ago in Clanton, AL.

Dr. Shannon Green who was introduced as “sharing the same southern DNA” as Elvis, closed the event with the final sing along of “If I Can Dream”.

Free beans and rice are available with no qualifying or any other information from 9-11 a.m. on every third Saturday of the month at Grace Episcopal Church. For more information, call the church at 256-734-6212 or visit them online at GraceCullman.Dioala.org.

Shannon Embree may be contacted at shannon@cullmansense.com.