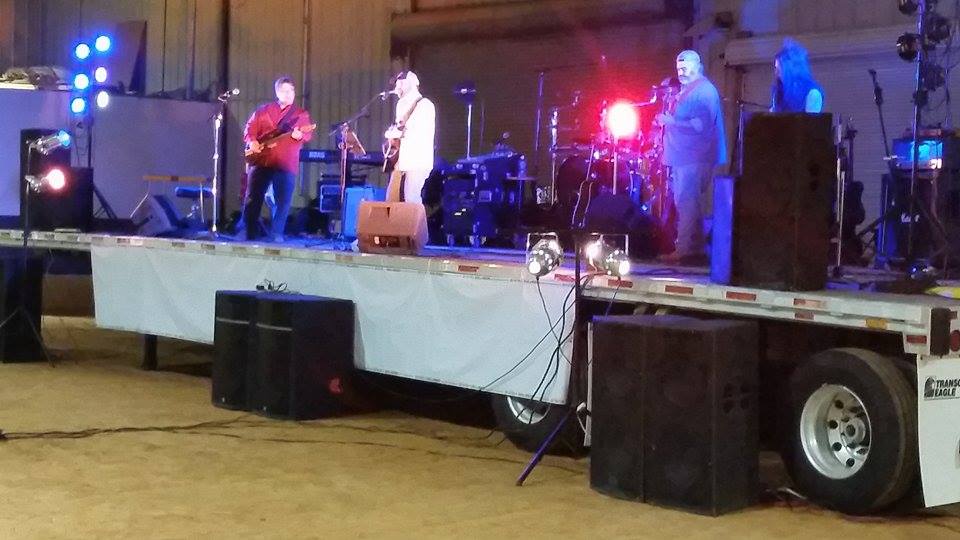 CULLMAN – At the Agricultural Trade Center, the music was booming and feet were tapping as country and southern rock sounds filled the building. Saturday night was a fun time for all who attended and got to hear some quality good music. TG Sheppard, Johnathan East and Who Shot Lizzy? were pumping out the jams for a small but enthusiastic crowd.

Doug Davenport, director for the Cullman County Parks and Rec, talked about what inspired the event.

“The football games hurt us a bit on attendance,” said Davenport. “But we just wanted to have this event to give the community something to do when it’s cold outside. Activities at the parks are slowing down, with Sportsman Lake being closed while they get ready for Christmas. We just thought this would be a good opportunity to try using this facility for something new.”

Tickets for the event were very affordable at only $10 for bleacher seats and $12 for floor seats. Even with a smaller crowd, artist Johnathan East was happy to play for those in attendance and said that Cullman was a favorite place to play. East began writing songs when he was a mere 16 years old, and released his first album in 2007. Since then he has become a favorite for Alabamians.

“We play in Birmingham, Tuscaloosa and Georgia some,” said East. “I am thrilled to be here, and I’m already having a great time. We got to do Rock the South here before and we really enjoyed it. I love playing for Cullman because it’s people just like me, a bunch of rednecks.”

The event turned out to be a great date night for one couple in the crowd.

“TG Sheppard was the main act that got us out tonight,” Wayne Wise said. “It’s a good date night. I think it’s great that the county puts this stuff on.”

Good music and a good time were had by all, and attendees as a whole voiced their gratefulness to our local Parks and Rec for always trying to host fun events for everyone. You can find TG Sheppard, Who Shot Lizzy? and Johnathan East online. East also wanted to let everyone in Cullman know that you can get seven free songs at his website www.JohnathanEast.com.