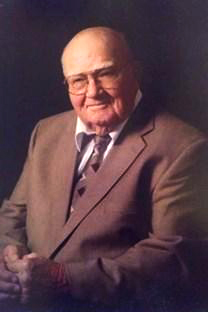 Marc Miller, Sr. passed away Sunday, November 9 at his home. Born October 23, 1932 to Willie Mandy Patterson Miller and Arthur Leo Miller. Mr. Miller attended Cullman Elementary and Cullman High School. In high school he worked for The Cullman Banner and for radio station WFMH. He entered the United States Air Force in 1951 serving until 1955. While in the Air force he was a staff member of the Recon Observer, the newspaper of the Ellsworth Air force Base, South Dakota.

In 1955 he began work at The Cullman Times as Sports Editor and later as News Editor and Photographer. He attended the University of Alabama in 1956 and St. Bernard College in 1961.

Marc and his then wife, Charlotte, purchased the 100-year-old newspaper, The Cullman Tribune, in 1968, operating the paper until 1976. They also published a March of Progress, a history from Cullman's beginning through 1968.

In 1980 Marc was hired by the State Emergency Management Agency and worked there until returning to Cullman in 1986 where he, again, served as the County's EMD. During his time in office he instigated having addresses coordinated across the county to make it easier for Emergency Personnel to locate residents. He retired as the E911 director in 1994.

Marc was an avid Ham radio operator and reached 360 countries under his "handle" K4ONF.

Funeral services will be held Friday, November 14 at 1 p.m. at Moss Funeral Home with visitation beginning at 10:30 a.m.