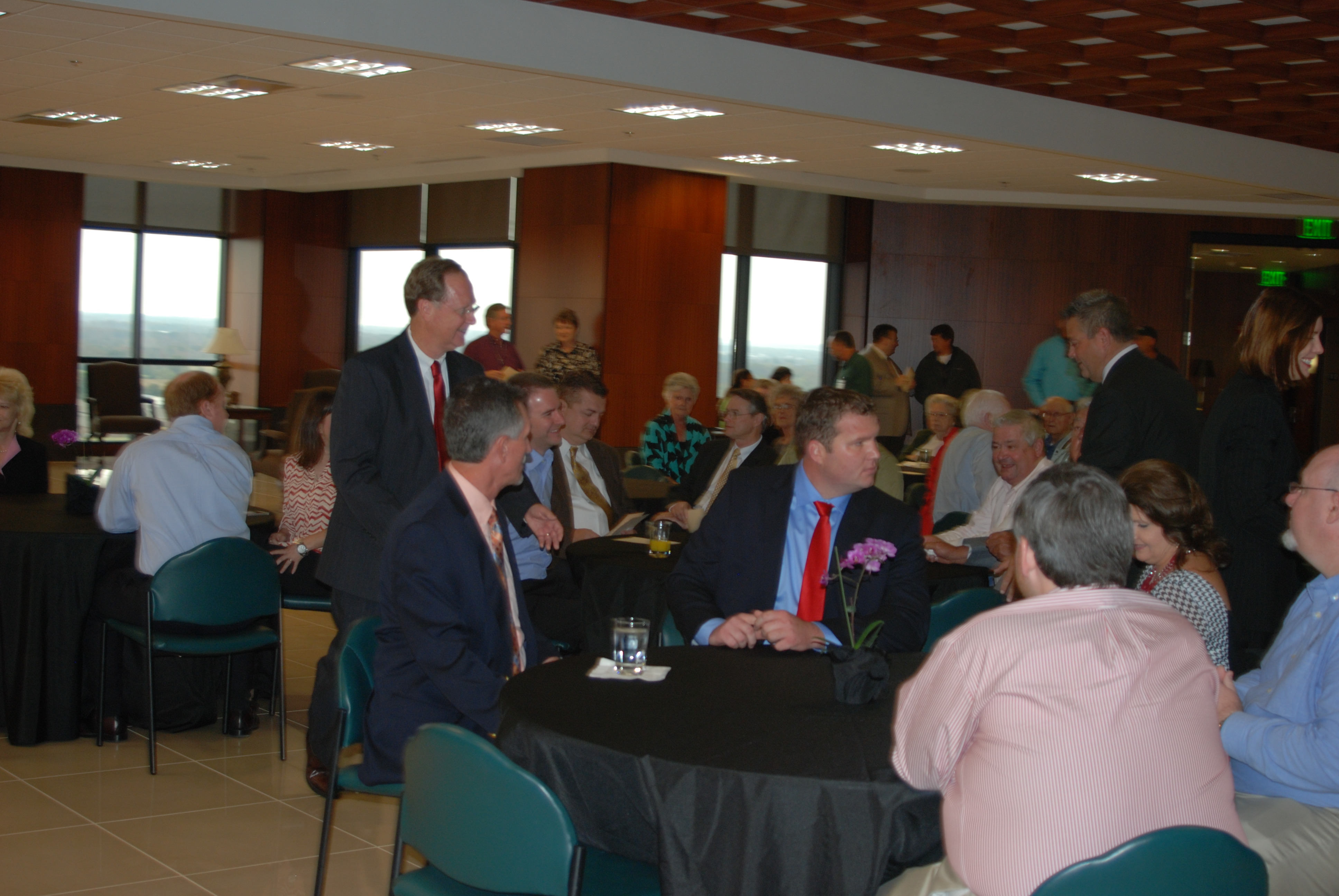 HANCEVILLE – Randall Shedd, Alabama Representative, took the Oath of Office last Wednesday morning at Wallace State Community College. The event took place on the twelfth floor of the Bailey Center, which is the tallest building on campus.

The Wallace State Jazz Band, under the direction of Ricky Burks played softly as the guests arrived and mingled. Once the program began, Dr. Vicki Karolewics, president of Wallace State, welcomed the crowd and told of the outstanding job Shedd has done over the years throughout Cullman County. Hanceville Mayor, Kenneth Nail, said a few words on behalf of the City of Hanceville and before long it was time for Shedd to take the Oath of Office.

Johnny Dyar, the Mayor of Baileyton, addressed the crowd and spoke for a minute before administering the Oath to Representative Shedd. With his little grandson Ben, holding the Bible, Shedd placed his right hand on it and began his pledge.

“I’ve known Randall for over 45 years,” said Johnny Dyar, mayor of Baileyton. “If he tells you something, you can depend on it. He’s a man of his word. Randall has never forgotten where his roots are – in the small town of Baileyton.”

After he was sworn in, Shedd thanked everyone for coming and talked a little bit about his upcoming term of office and the plans he has for Montgomery.

“The legislation that I will introduce, the legislation I will support, promote and vote for will focus on five areas,” said Shedd. “One, we have to maintain our core values, things that are important to us right here; two, jobs; three, I want to take care of my district. I want to bring back to my district our fair share of Montgomery; four, to simplify government – it’s too complicated; and five, we need to watch out spending in this state, and control spending.”

The event ended with a closing prayer led by Dennis Beavers, a member of Blountsville’s town council. When the prayer was over, Shedd was flooded with well-wishers who welcomed him into his new term of office.