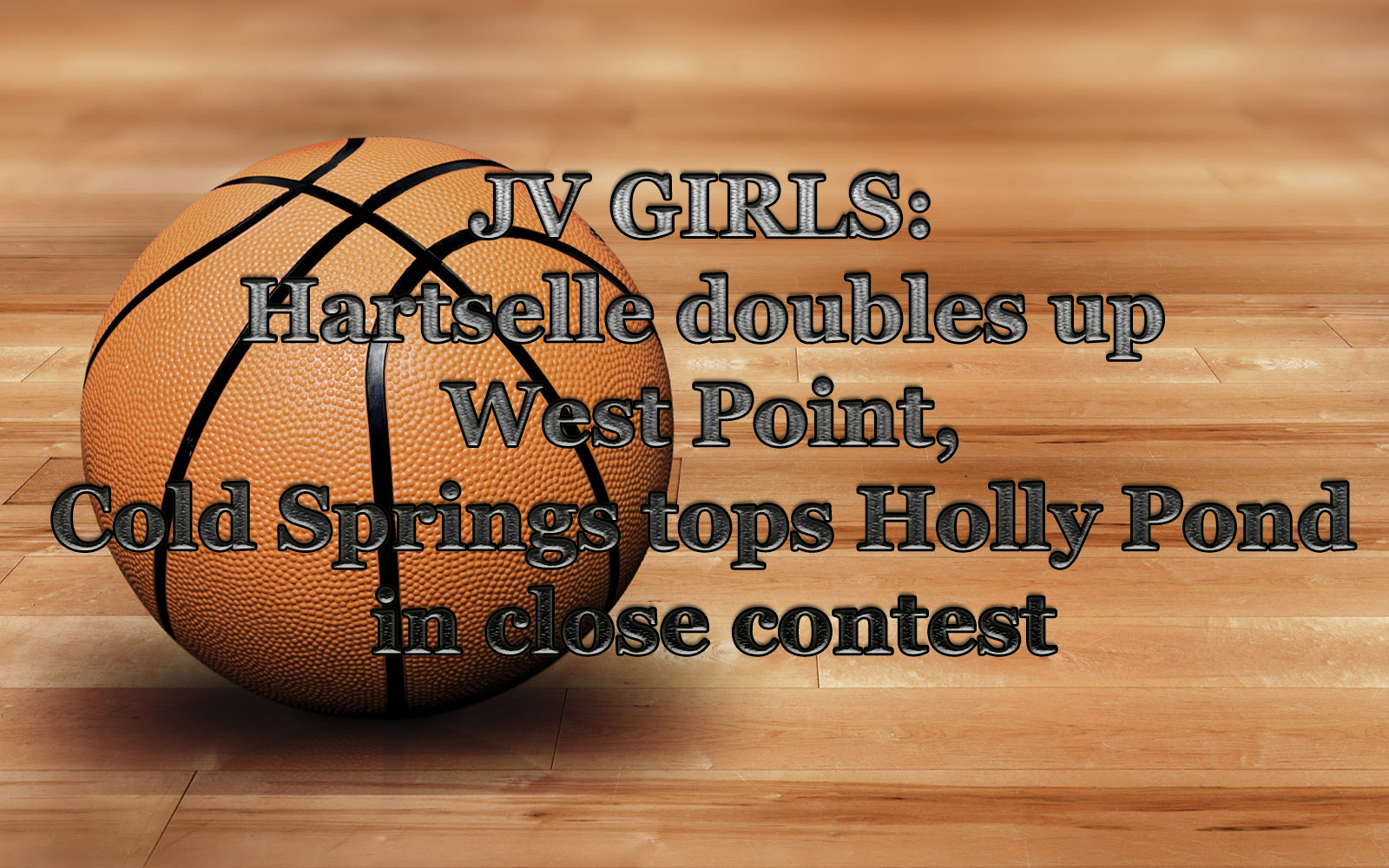 WEST POINT – In a double dip of junior varsity girls action, Hartselle and West Point tangled in game one and was followed by Cold Springs and Holly Pond.

Both Hartselle and West Point got off to a sluggish start in the first quarter with the Lady Tigers scoring seven points on buckets by Kaitlyn Spangler, Jordan Finn and Gracie Poe, with a single free throw added by Maggie Anderson. West Point was held to just two points, a put back by Meredith Ann Calvert.

Hartselle picked up the pace in the second quarter, led by McKenzey Worley who scored six of her game high 10 points, in the second frame. Lexi Farley hit a timely three point shot and Calvert added two free throws to help West Point more than quadruple their first quarter output but the Lady Warriors still found themselves outscored 17-9 in the quarter and went to the locker room on the short end of a 24-11 score.

Farley drained another three in the third while Calvert knocked down two buckets underneath but Hartselle kept pace with points being scored by Makenzie Parker, Carrie Holms, Anna Mathis and Anderson, with both teams playing to a stalemate in the third.

The Lady Tigers took the game over in the fourth quarter. Mathis found her shot in final stanza, burying two shots from the floor and three more from the charity stripe. Worley added four points from under the basket. Carrie Hanners, Parker, Spangler and Anderson all contributed points in the fourth to close out the game and claim a 50-24 victory over the Lady Warriors.

The Lady Eagles and Lady Broncos struggled to find their shot in the early going as both teams raced up and down the floor but neither had any points to show for it. As both teams played hard, only seven points were scored between the teams. Five by Holly Pond, a three by Taylor Oslin and a two point basket by Logan Chambers. Zoe Strawbridge scored the only two points for Cold Springs in the quarter.

The Lady Eagles doubled up Holly Pond in the third quarter to capture their first lead of the night. Zoe Strawbridge dominated the paint, scoring six of her game leading 11 points. Prisca McNally stripped a three from the top of the key and Makayla Pearl added a two point bucket in the third. Kolby Holcombe, Oslin and Higginbotham all scored in the frame to keep the game within a possession as the Lady Eagles took an 18-16 lead to the final stanza.

The action went up and down the floor for the entire fourth quarter, with the game much in doubt until the final minute. Here, down by two, Holly Pond was forced to foul and Kasy Johnson put the game away. She scored just three points, but they were the most important points of the game as she hit three clutch free throws in the final minute to seal the game for the Lady Eagles who took the contest 26-21.