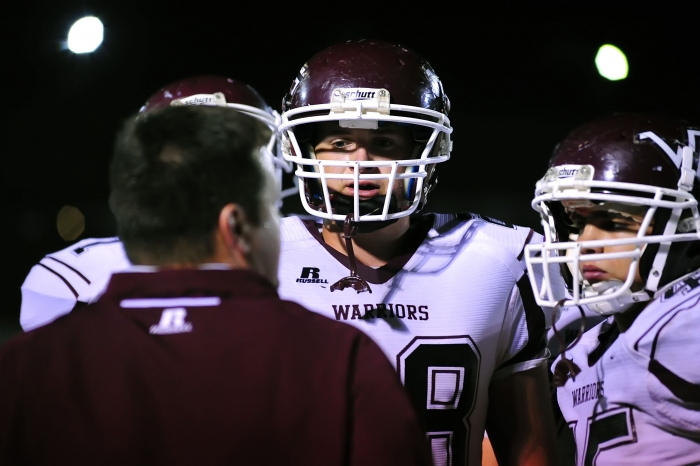 WEST POINT – Goals have been placed out by the West Point football team. Now the Warriors want to reach those goals. If they accomplish what they set out to do, the Warriors will make some history.

West Point has never qualified for the Alabama High School Athletic Association playoffs as a Class 5A program. The Warriors go into their fifth consecutive year competing in Class 5A. In the reclassification in January, the Warriors missed out dropping back to Class 4A by two students.

The Warriors have never posted a winning record while playing in the 5A classification. The 4-6 record was the best since 2010 with the Warriors going 2-5 in Region 8 as Don Farley took over the program last season when A.J. Lamar stepped down in the summer.

West Point has never won more than two games in a single season in regional play as a 5A program. They remain in Region 8 along with Russellville,

The rest of the region is new, featuring Columbia, Ardmore, Pope John Paul and J.O. Johnson.

"We want to focus on it one game at a time," Farley said during practice Wednesday. "We have some new faces in our region and some familiar faces. Nothing has gotten easy in the region, it just changed some."

What West Point looks for to get the Warriors over the hump and into the win column regularly for the first time since 2005 when they were 7-4 is the number of players they return who started in 2013 on both sides of the football.

The Warriors have eight starters coming back on offense and return 10 for the defensive side. Bryant Farley will be in his fourth year starting at quarterback. Farley has matured in 29 games behind center and his leadership will be counted on a great deal.

Kobe Smith is back as the lead runner while it's Will Wrenn as top receiver. A dangerous weapon to throw the ball to will be 6'5' tight end Ryder Jones.

Farley said the Warriors want to play hurry-up tempo and would to have 80 snaps per game, if possible.

There is a minor change on defense. Randy Jones takes over as coordinator after Kenny Griffin stepped down to accept the position of assistant principal at Fairview Middle School.

The scheme will remain the same with Jones, play aggressive and follow assignments. Ten starters that know what it takes is a plus with the Warriors wanting to create field position by the defense and force as many three and outs as they can.

Farley was pleased on how the Warriors have worked hard during the offseason. They have spent countless hours in the weight room and was able to get things down path when they defeated Fairview 21-7 in the spring game in early May.

Besides 16 seniors, the Warriors have experience in the junior class and will give the sophomores an opportunity to enjoy what it's like for gridiron battle in the fall too.

"The seniors are a hungry bunch," Farley said. "We have had high level and high energy so far as a team in practice. "We also have coaches who want these kids to be successful.

"We are working together to create "Team First." "They have their own goals, but it comes down to team first. This motto came from the players."

The Warriors will go to Curry for a jamboree game on Aug. 21. Then to open the season, West Point will be on the road for three straight games. The Warriors meet Hayden on Aug. 29, play Columbia at Alabama A&M University Sept. 5. This will be the regional opener.

Sept. 12 sends West Point to Ardmore. The opener in front of the West Point fans will be Sept. 19 against Pope John Paul from Huntsville.

In the fifth game, the Warriors face county rival Hanceville at Ray Talley Stadium. The Bulldogs have won three straight over the Warriors.

As the season heads toward October, the Warriors host Johnson on the 3rd and Russellville the 10th in back to back games that will factor in to the standings in Region 8.

Oct. 17 has West Point at East Limestone with the regional season to end Oct. 24 at home vs. Lawrence County.

The final game on the regular schedule is Halloween with the Priceville Bulldogs playing West Point for the first time ever.

It will be a tale of two seasons, four road games in the first five weeks and four home games in the final half of the season. West Point knows what the opportunity presents in front of them.

Now the Warriors just have to go on to the field and accomplish the many goals they have set for this season.