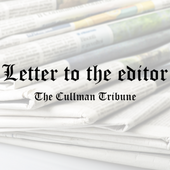 Our superintendent does not need to be a politician who has to campaign, take donations from businesses and community members they will be beholden to, and go around worried about being re-elected 24/7; they need to be 110% focused on our students and furthering educational opportunities and being a professional educator and leader for our students not a politician.

If we elect our superintendent, it is strictly a popularity contest. There are no qualifications for anyone to run for superintendent, so instead of an elected school board holding a search for the most qualified and able candidate who can help improve the lives of children in Cullman County, (who deserve better) it becomes (sic) a popularity contest or a way (sic) to see who may or may not run for office.

Our county school system has improved leaps and bounds since we have gone to an appointed system. Numbers are up across the board because our superintendent under the current system can focus on the students of Cullman County, and the elected school board can be accountable to the public and the voters for the school system and superintendent’s success.

It frustrates me that during local elections every year in Cullman County we are lucky to have 20% of voter turnout, so most people aren’t even voting period, especially in local school board races. Even less people get out and support a candidate that might make the change you are looking for.

Many people complain, gripe, and criticize on social media about how unfair and wrong the County Schools are and how wrong it is to have an appointed superintendent, but how many of you have actually been to a school board meeting, shared concerns with a school board member, or even supported a candidate for school board that would change things? Instead of criticizing why not try to actually make a difference under the current system right now?

More importantly voting to have an elected superintendent will be a huge step back for the children of Cullman County, and they all deserve much better than that. Are we really looking at the results the county schools have had since changing to an appointed superintendent? Do we really want to move backwards instead of forwards with our students?

I am urging everyone to vote to keep appointing our superintendent in Cullman County Schools.