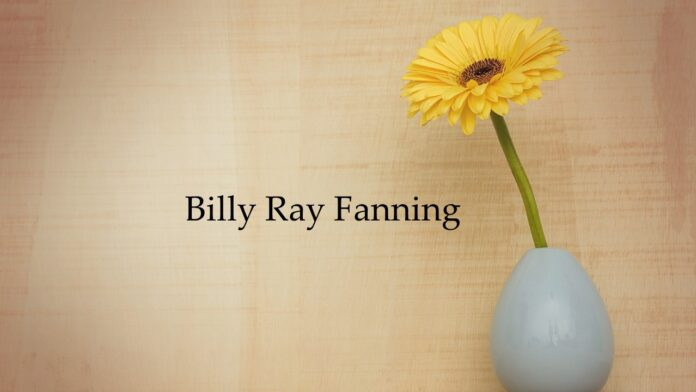 Billy “Cotton” Ray Fanning, age 85 of Hanceville passed away on Sunday, August 14, 2022, at his home. He was born on October 26, 1936, in Cullman to Herman and Annie Whaley Fanning. He was preceded in death by his wife: Gearldine Young Fanning; son: Ricky “Rick” Fanning; parents: Herman and Annie Fanning; sister: Jean Mayfield.

Funeral services will be held on Tuesday, August 16, 2022, at 2 p.m. at Hanceville Funeral Home Chapel with Reverend Paul Rivers officiating. Burial will follow in the Fairview West Cemetery. The family will receive friends at the funeral home from noon until service time on Tuesday.

Hanceville Funeral Home is honored to serve the Fanning Family.