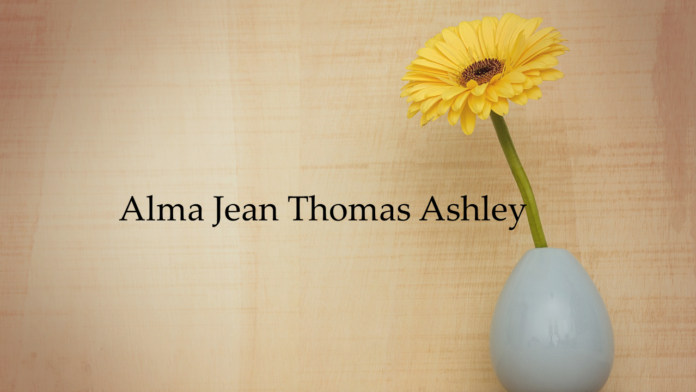 Alma Jean Thomas Ashley, 77, of Double Springs, entered into rest on Friday, October 8, 2021 at her home surrounded by her loving family.

The family will hold a memorial service at a later date.