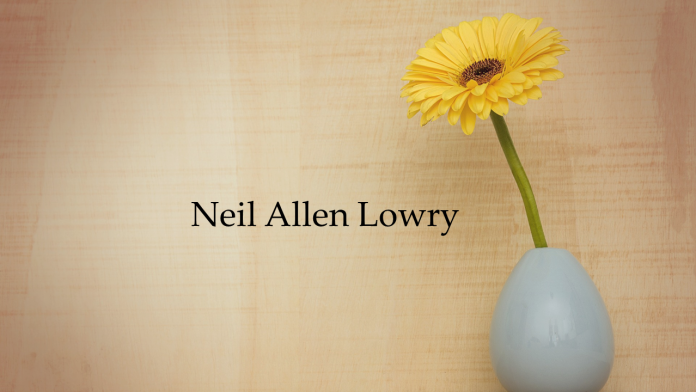 Neil Lowry was born in Cullman County, Alabama, to the late Joe and Verna Lou Lowry. Neil graduated from West Point High School where he played basketball. His team was All County for several years and he was named team MVP. He was also Cullman County Mile Champion in 1969. With a Bachelor of Science degree, he graduated from Auburn University. He was a member of Alpha Gamma Rho fraternity, where he made several life-long friends. As an avid Tiger fan, football season was a favorite time of year spent on his back porch. After graduation, Neil began his career at Alabama Power Company while running his own fully functioning farm. At the Power Company he met his wife of 44 years, Priscilla Lees, and together they raised five daughters.

After leaving the power company Neil began a career in the food service industry. It was said that Neil was the “consummate salesman”. Neil was extremely fond of his customers and continued to keep in touch with some of them after his retirement in 2018. He also continued working the family farm until 1999. He always said “I love to see things green-up and grow”. He loved it so much he grew a garden at his home in Birmingham where he would plant his vegetables and other fun things such as cotton so the neighbors could see how it was grown. Neil was thoughtful, loving, kind and funny.

Neil’s funeral services will be held at St. Francis Xavier Catholic Church on April 8, 2021 at 10:30 a.m. Johns-Ridout’s Funeral Parlors in Birmingham was in charge.