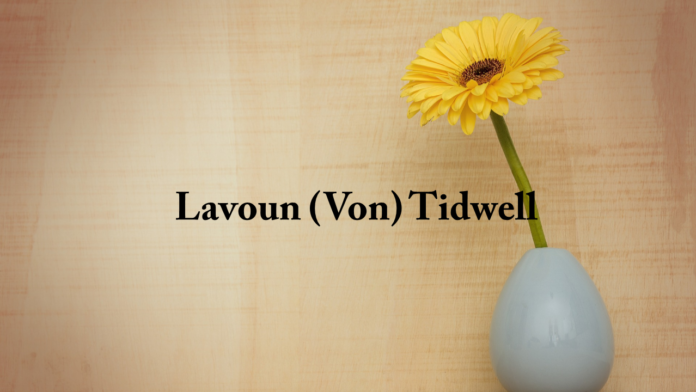 Von was born Oct. 13, 1935 in Marion County Alabama. He graduated from Phillips High School and then attended Northwest Alabama Community College for two years. Von served in the United States Navy for three-and-a-half years, where he proudly served on the battleship, York Town. He worked at formed tubes in Haleyville, Alabama for 30 years; he was a member of Mountain Home Church of Christ for 37 years. Von enjoyed fishing, gardening, and spending time with his grand-daughter, Nikki. He was a loving husband, father, grandfather and friend.

Visitation will be held Saturday, Sept. 14, 2019 at Nichols Funeral Home chapel in Haleyville from 1-2 p.m. Service will follow at 2 p.m. Wayne Phillips and Lee Barnett will officiate.

Von is preceded in death by his parents, William and Maudie Tidwell; and sisters, Barbara Futrell and Francis (Sybil) Scott.