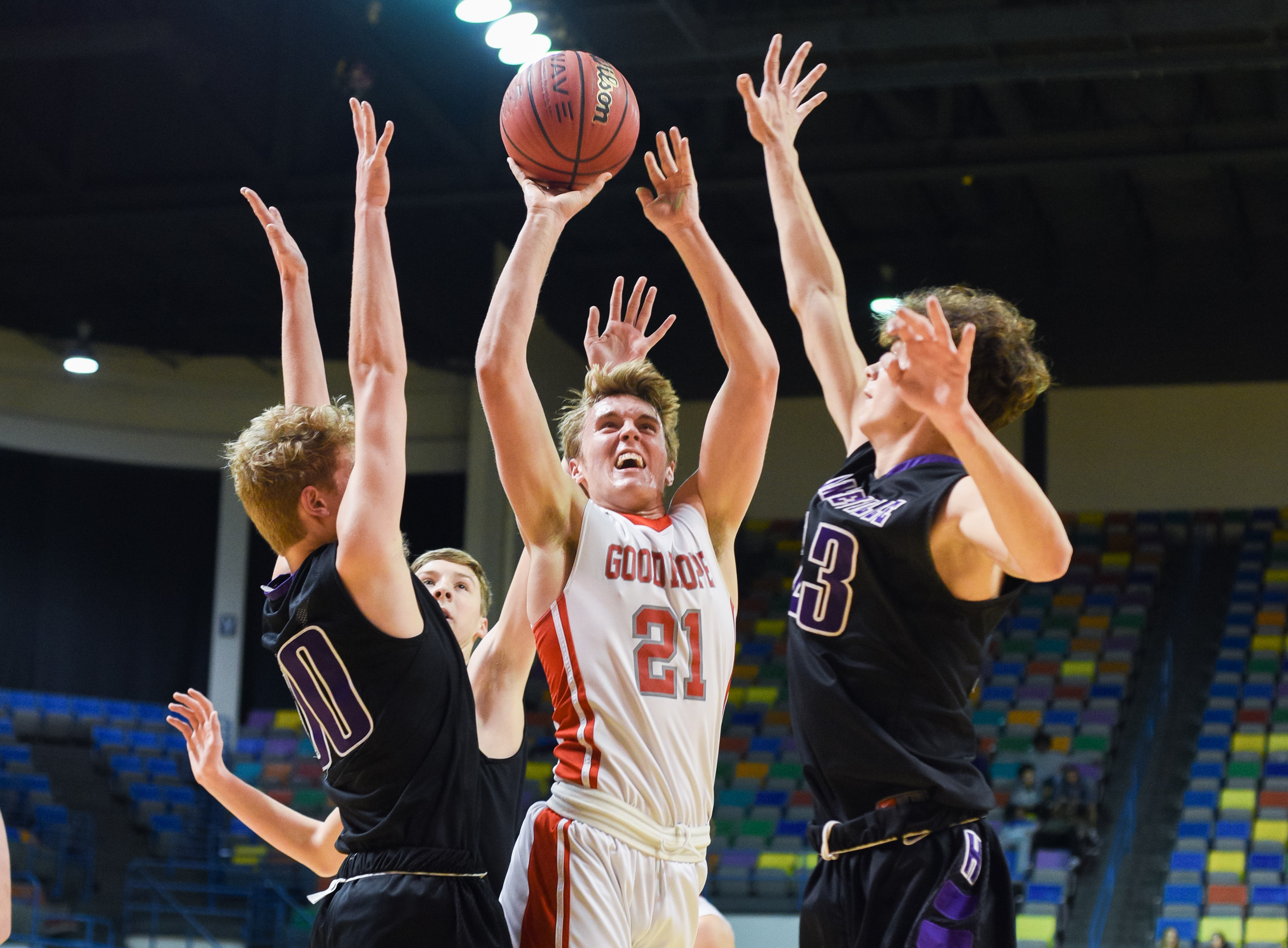 Good Hope's Zach Watson goes up between two defenders in the Raiders' loss to Hanceville Saturday night. (Martha Needham for The Cullman Tribune)

HANCEVILLE – In Saturday night’s third and final JV Boys contest, (2) Good Hope faced (7) Hanceville and the Bulldogs were not only able to pull off the upset, they did it in convincing fashion.

Good Hope’s Zach Watson nailed three straight shots from behind the arc to start the game, but the Bulldogs still led for most of the period. Ben Johnson knocked down a jumper at the first quarter buzzer to give Hanceville a 17-12 lead at the start of the second quarter.

The Bulldogs continued to shoot it well and put points on the board in the second quarter. They were also able to hold the Raiders to just eight points in the frame and stretched their lead 33-20 by halftime. Hanceville continued to give Good Hope problems defensively, holding them to single digits for another quarter and taking a 40-25 lead into the final frame.

Watson began the fourth the same way he started the first for Good Hope, knocking down a three-pointer and chipping into the Bulldogs lead. Eli Pugh later added a three of his own that cut the Hanceville lead down to 42-33 midway through the fourth quarter. On the next Raiders possession Watson knocked down another trey from well behind the line and made it a 42-36 with just under three minutes to play. Despite Good Hope’s efforts to make things interesting, the Bulldogs held onto their lead and pulled away to win it 47-40

Ethan Roberts and Brodie Malcolm each posted 12 points in the win for the Bulldogs, followed by Ben Johnson with seven point and Izayah Glenon with six. For the Raiders, Zach Watson led the way with 18 points, followed by Michael Owens with seven and Colton Williams with five

Hanceville will face (3) West Point in the semi-final round of the junior varsity boys tournament Tuesday night at 5:00.