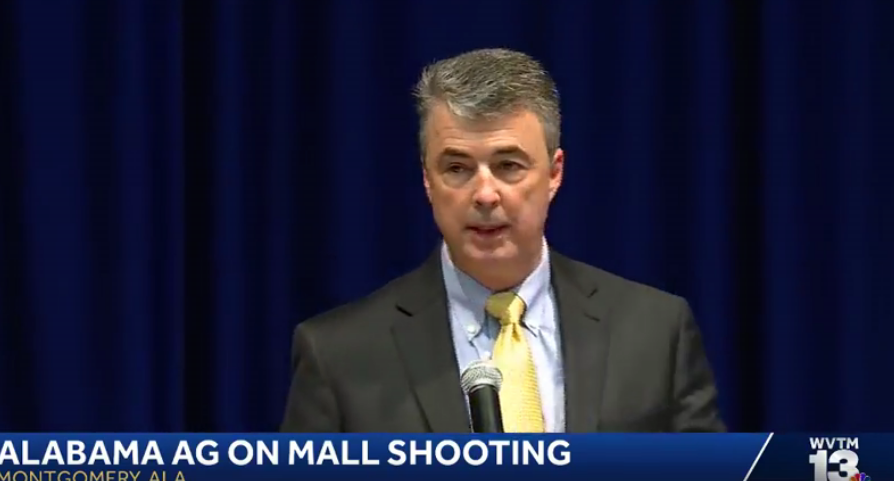 “I have reviewed your December 11th letter regarding your prosecutorial role in the shooting death of Emantic ‘E.J.’ Bradford, Jr.,” Attorney General Marshall wrote District Attorney Carr.  “Based on the information you provided in that letter and our multiple conversations on the subject—particularly your acknowledgement that ‘a fair-minded, objective observer could conclude that a conflict exists’—I have determined that the National Prosecution Standards dictate your recusal from the investigation of each of the shootings that occurred in the Riverchase Galleria on Thanksgiving night, not just E.J. Bradford’s.”

Marshall continued, “While I have no reason to believe that you are actually biased or compromised, I agree that other fair-minded persons might question your neutrality based on the information that you provided in the letter and during our private conversations.  For example, you state that the officer who shot Mr. Bradford is either the charging officer or a witness in approximately 20 cases pending in your office.  A fair-minded Defendant (or family member) in those cases could question whether you and/or your prosecutors are biased in favor of protecting the officer from prosecution because the officer’s testimony may be important in his or her case.  On the flip side, you acknowledge personal relationships with some of the protestors who are calling for the officer who shot Mr. Bradford to be criminally prosecuted, which could lead a fair-minded person to question your bias in favor of indictment.  I have weighed these factors and others mentioned during our conversations and agree that, when taken as a whole, these factors warrant recusal under Rule 1-3.3(d).”

The prosecutor should excuse himself or herself from any investigation, prosecution, or other matter where personal interests of the prosecutor would cause a fair-minded, objective observer to conclude that the prosecutor’s neutrality, judgment, or ability to administer the law in an objective manner may be compromised.

Attorney General Marshall further noted that his office would also prosecute the shootings of Brian Wilson and Molly Davis.

“Your letter requests guidance on the ‘officer-involved’ shooting of E.J. Bradford; it does not mention the shootings of Brian Wilson and Molly Davis.  However, it is my understanding that all three shootings were part of a single chain of events.  Thus, the investigation of Mr. Bradford’s shooting is inextricably intertwined with the investigation into the shootings of Mr. Wilson and Ms. Davis and must be conducted by the same entity.  Accordingly, to guard against inconsistent prosecutorial decisions, you must also excuse yourself from those investigations.”