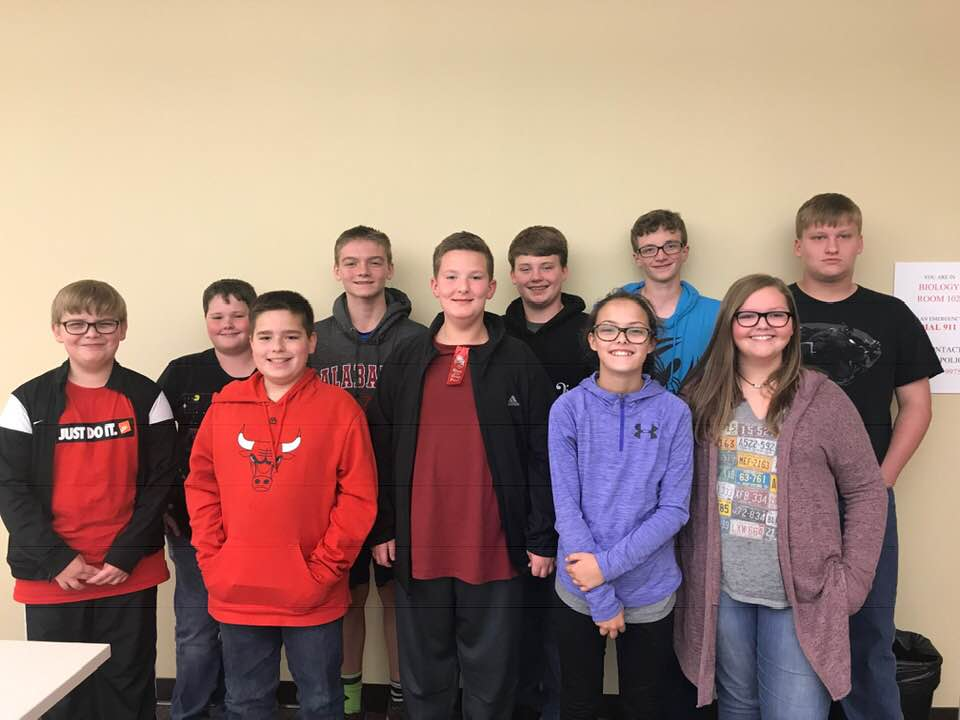 West Point has proven to be a juggernaut.  Due to a bye in next week’s final regular season matches, the team has finished its season and has done so as the only undefeated team among Cullman County’s middle schools.

West Point coach Lee Henry told The Tribune, “This is an amazing group of kids.  And the starting four ‘core’ players have a great chemistry. The potential for this group is off the charts.  While this is the end of the local league for us, it's just the beginning and we're just getting started. We have several invitationals in the coming months, not to mention the ASCA (Alabama Scholastic Competition Association) District and State Championships next semester.  And, of course, we fully intend to qualify and travel to Chicago for nationals again this spring!”

Vinemont, Cullman and Fairview had byes this week

Stay with The Tribune for middle and high school results through the end of the league season next week, and through upcoming postseason tournaments.

Thanks to Wallace State Scholars’ Bowl sponsor Christine O’Leary for keeping us up to date.