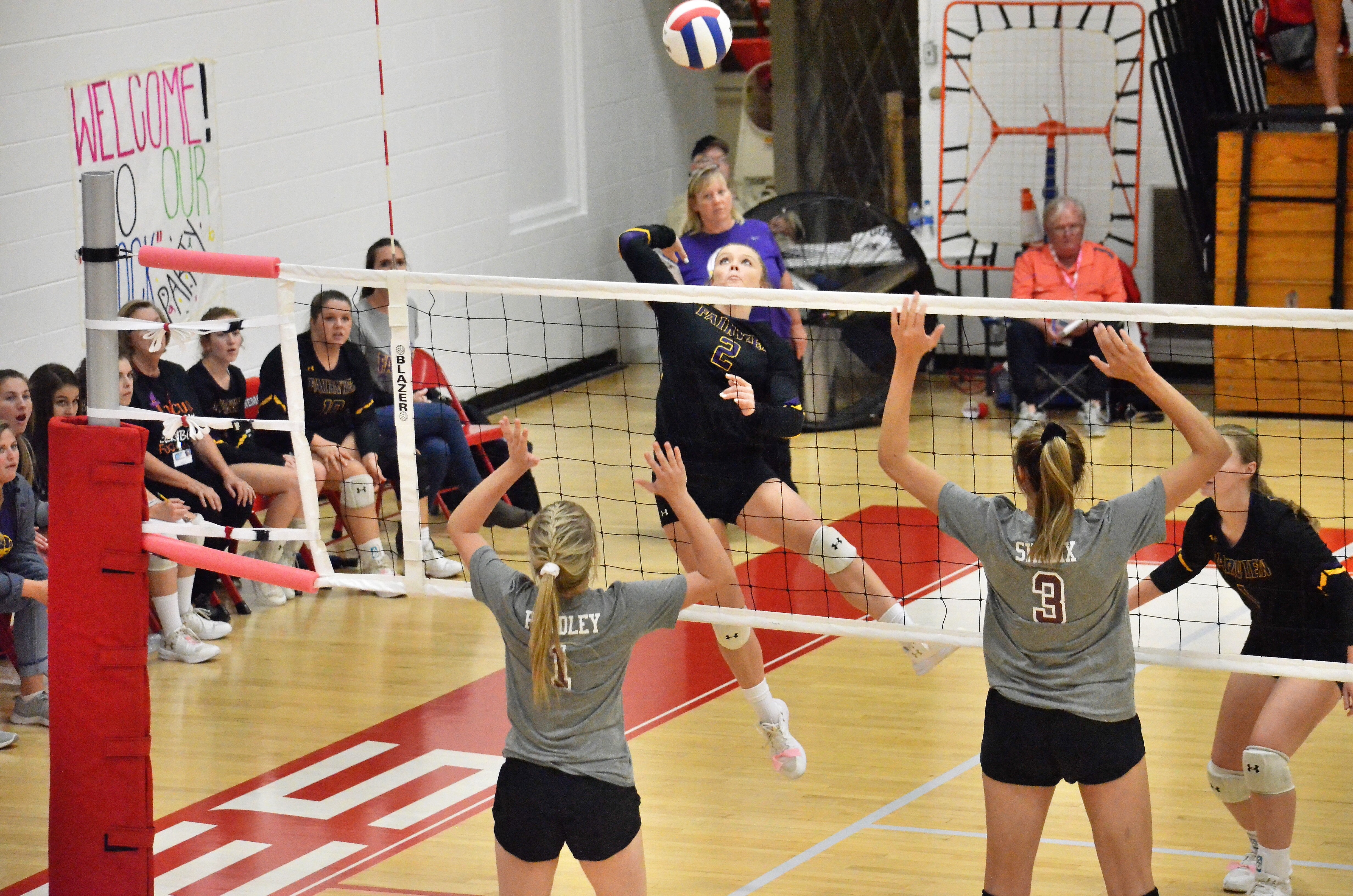 Fairview's Katie Ball spikes one back over the net during the Lady Aggies' win over West Point in the Cullman County Volleyball Tournament Tuesday night. (Nick Griffin for The Cullman Tribune)

VINEMONT – For the third year in a row, the Lady Aggies of Fairview took home the Cullman County Volleyball Tournament Championship.  Fairview defeated the top-seeded West Point Lady Warriors in three sets after knocking them off earlier in the day as well. After getting past Good Hope in an elimination game, the Lady Warriors lined back up against Fairview to compete for the title. West Point defeated the Lady Aggies in straight sets in the first match of the championship but had to win one more to claim their first county crown in school history. The next match was much closer than the first, and saw Fairview hold to on to win 16-14 in the third set to cap off the three-peat.

After the match, Lady Aggies Head Coach Tracy Means talked about how her team bounced back from its loss to West Point and worked its way to a championship.

“We came out strong and I thought we took care of business earlier in the night and we were making mistakes,” Means said. “I just told them we knew this would be a fight coming into it so let’s start fighting. Cut out your mistakes, get the job done and just fight, and they did it.”

With the postseason right around the corner, the Lady Aggies are playing some of their best ball and Coach Means is excited to see how far this team can go.

“I’ve been telling them all year that this is a special team and I told them tonight that if we win this game tonight, it’s just getting us ready for the Area Tournament and the Regionals,” Means said. “I feel like this team is special and we can go even further than we’ve been.”

Before the trophy presentation, both the 2018 All-County Team and the 2018 All-Tournament Team were presented. The Samantha Perdue Award was also presented to Fairview’s Boyll. The award is voted on by the coaches and presented annually to a player who demonstrates excellence in academics, athletics and character.