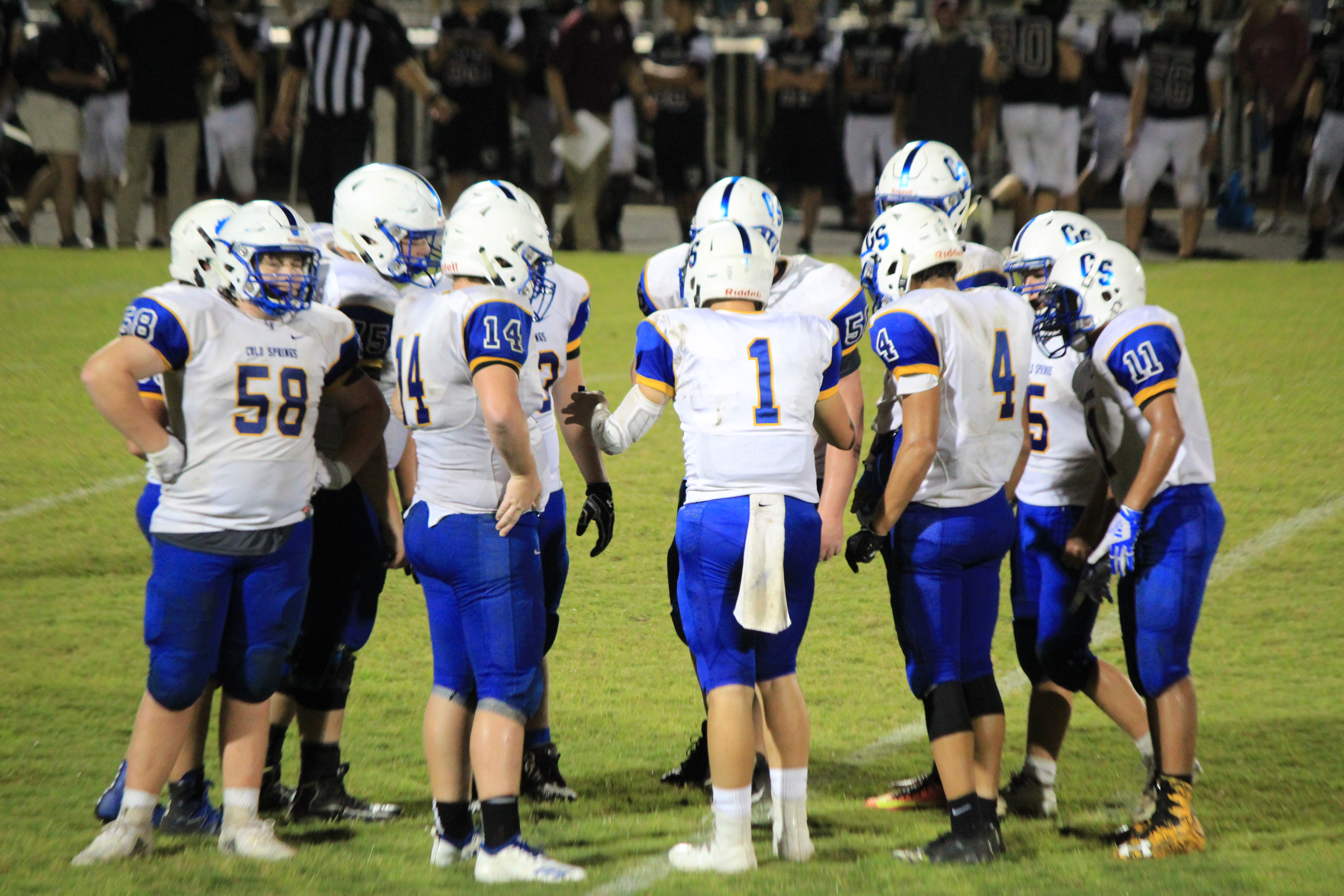 REMLAP – The Cold Springs Eagles (Class 2A, Region 5) traveled to Southeastern (Class 2A, Region 5) in their first regional matchup of the season Friday night. The Mustangs out-gained the Eagles in yards for the first half, 187-74. The Eagles came out and re-gained the momentum the second half by out-gaining the Mustangs 117 yards to just 63. The Eagles fought a hard and scrappy battle and came out on top 28-18, delivering the Mustangs their first defeat of the season and putting the Eagles at 3-0.

The evening got off to a slow start, but the Mustangs pulled ahead quickly with a touchdown in the second quarter. The PAT was blocked by Francisco Ayala leaving the score 6-0. The Eagles quickly answered with a beautiful 50-yard pass made by sophomore quarterback Brodi Williams to sophomore receiver Roberto Ayala for a touchdown followed by his brother, Francisco Ayala, with the extra point making the score 7-6 Cold Springs. Southeastern scored again on a 25-yard pass with 7:05 left in the second quarter, ending the half with Southeastern on top, 12-7.

The Mustangs took possession to begin the third quarter, which ended with an Eagles interception by sophomore Ayden Alexander. The Eagles marched down the field with Alexander capping off the drive with a 4-yard touchdown, and the PAT by Francisco Ayala was good. The Eagles took back the lead 14-12, never to lose it again.

The next possession for the Mustangs ended with an interception by senior defensive back Mason Harris, who returned it for 20 yards. The Eagles ended the drive with a 2-yard touchdown by senior running back Calvin McNabb. The Mustangs gained possession, and after a 30-minute rain delay, drove the ball down the field for another touchdown, cutting the Eagles’ lead to 21-18. Cold Springs took over with six minutes to play and proceeded to grind the ball and the time down to 5 seconds to score the final touchdown on a 2-yard run by McNabb.

The leading rusher for the Eagles was McNabb with 68 yards and two touchdowns, averaging 3.4 yards per carry. Williams completed 4 of his 7 passes for 97 yards and a touchdown. Harris had a 45-yard punt return in the first quarter and Francisco Ayala led in tackles, completing seven solo tackles with two assists. The Eagles will face off against Sumiton Christian (Class 2A, Region 5) in their second region matchup next Friday at Cold Springs.