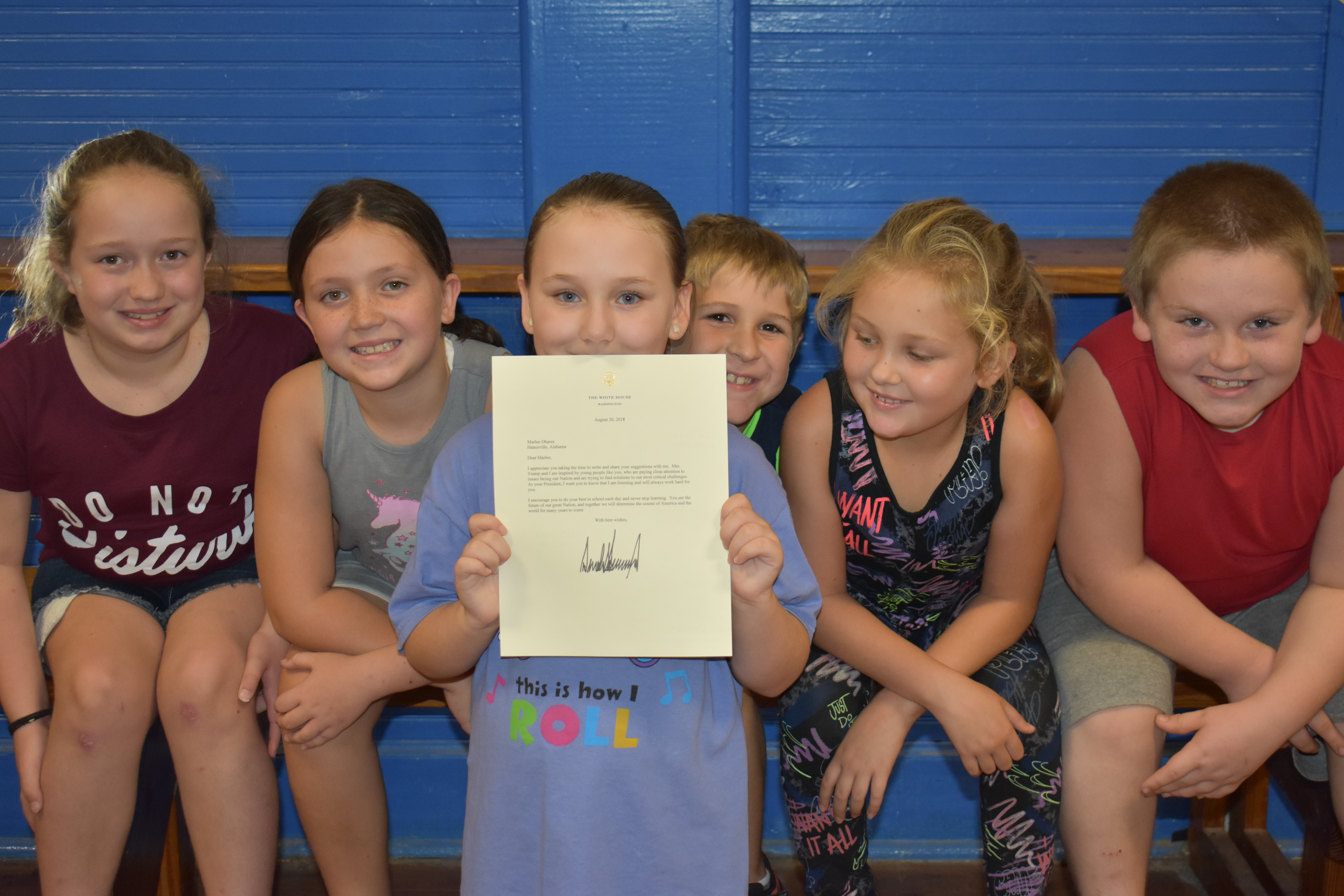 WELTI – Several months ago, Welti Elementary third-grader Marlee Phares became concerned enough about the problem of drugs in our nation, community and, sadly, within her own family, to write a letter to none other than President Donald Trump.  She mentioned her family’s unfortunate situation and suggested that he should find a way to make prescription drugs harder to get for folks who don’t need them, while helping out the folks who do.

When asked why she wrote to the president, the brave young lady said without hesitation, “I actually told him about my daddy and what happened to him with drugs.”  She added that she “just wanted to help stop drugs” and “to try to help other people to not make the mistake that my dad did.”

Marlee’s dad has had drug problems and has been arrested for drug possession, but the family was happy to report this week that he is doing well in a rehabilitation program.

Last week, Marlee got a big first-class envelope in the mail with a return address that read “The White House, Washington, D.C. 20502.”  In it was a letter (perhaps a form letter, but nonetheless special to Marlee) signed by the president, which read:

I appreciate you taking the time to write and share your suggestions with me.  Mrs. Trump and I are inspired by young people like you, who are paying close attention to issues facing our nation and are trying to find solutions to our most critical challenges.  As your President, I want you to know that I am listening and will always work hard for you.

I encourage you to do your best in school each day and never stop learning.  You are the future of our great nation, and together we will determine the course of America and the world for many years to come.

Marlee told Welti Elementary Principal Gina Webb, “It made me feel very good, and I like that he replied, because it was a long time ago when I wrote the letter.”

She told The Tribune, “I didn’t think he was going to write me a few months ago, but I felt really happy and surprised, really surprised.”

Marlee’s mom shared, “She’s just one of those bright, beautiful children.  She was excited that she got to write to the president, and when we got that letter out of the box, you would have thought he would have given her a piece of gold, because the president wrote her back.  It was just an amazing thing.”

The Tribune asked Marlee if she was going to turn this into a writing campaign to other elected officials as well.

Note: The Tribune would not publish such a sensitive story without much consideration.  We spoke with Marlee’s mother, and both she and Marlee’s father expressed willingness for their daughter’s story to be told. We commend this entire family for its openness.