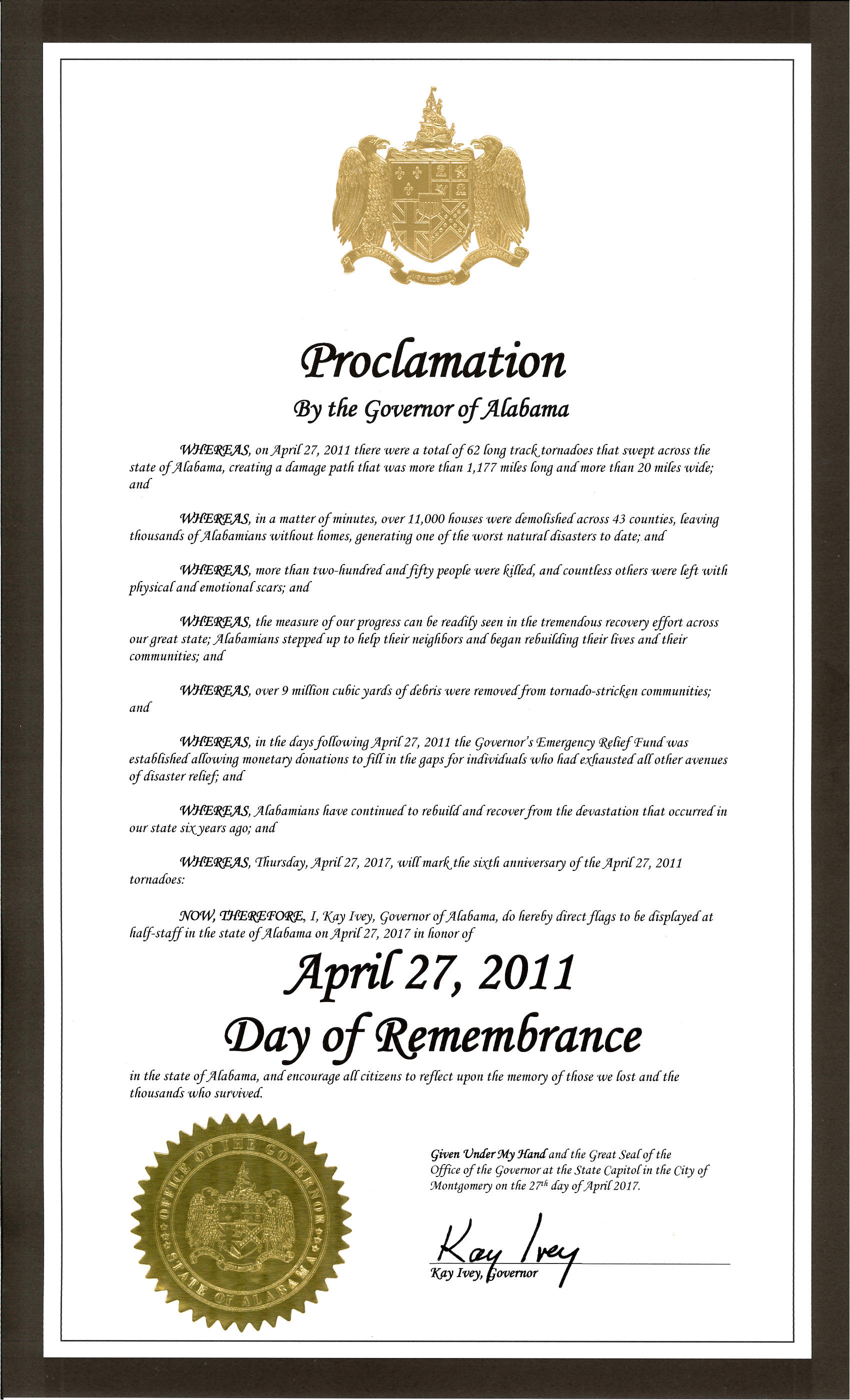 MONTGOMERY – In memory of the sixth anniversary of the 62 deadly tornadoes that struck Alabama on April 27, 2011, Gov. Kay Ivey has declared April 27, 2017, as a “Day of Remembrance.” The governor has also ordered flags across the state to be lowered to half-staff in honor of those who lost their lives in the historic storm.

“April 27, 2011, will forever be a part of our history. It is fitting and right that all Alabamians pause in remembrance of those lost and in honor of those who survived one of the most devastating natural disasters in our state,” Gov. Ivey commented. “As we commemorate the sixth anniversary of these tornadoes, we must also remember the resolve of our people. Alabamians are hardworking, resilient people, and our response in the face of this tragedy is proof of our strength.”