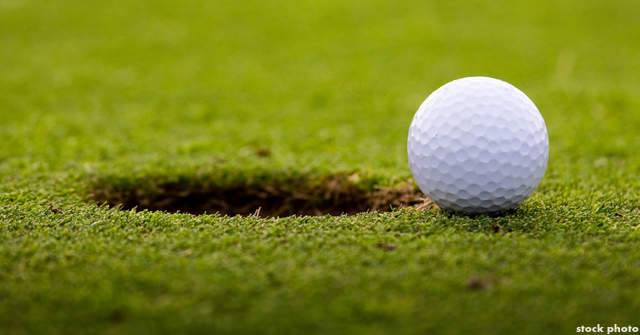 Facing winds up to 25 miles per hour, gusting to 35 miles per hour at times, the golfers had a very competitive event from the individual side as well as in team play.

Hartselle's Makayla Dubnik edged White Plains' Hanna Dyar and Arab's Grace Narrell for the lowest score of the afternoon. Dubnik fired a 7-over par 78 with Dyar and Narrell a shot behind at an 8-under par 79.

Brewer golfer Abby Brown claimed fourth place individually with an 83 while Fairview's Maci Yeager and Aston Moore of Russellville tied for sixth place with an 87. That score was good enough to get Yeager on the all-tournament team.

White Plains soared to the top of the team category, winning the event with a 259. Lexee Cunningham and Allison Arneth both shot a 90 to go with the 79 from Dyar.

Russellville was the runner-up with a 366, finishing two shots ahead of Arab who had a 368. Supporting the 79 by Narrell was Reagan Malone with a 92 and Autumn Tidwell with a 97.

Alexandria earned fourth place with a 276, Fairview came in fifth at 277, Cullman sixth with a 281 and Hartselle seventh with a 284.

For Fairview, Brileigh Roberts carded a 90 on her home course with Hope Bowen scoring a 100. Cullman got an 89 from Bailee Ponder, a 93 by Jordan Millican and a 99 from Brinkley Thornton.

Brown's 83 was the lowest among individual participants, followed by Bailey Tubb of Russellville with a 90 and Mckayla Stover of Danville with a 92.

The tournament was moved back to Thursday after Cullman County schools were closed Wednesday due to possible severe weather. The area was placed under a state of emergency by Governor Bentley, which canceled extracurricular activities for April 5.

Chesley Oaks will be the site for the opening round of this year's Cullman County High School Tournament. Round one will be played Wednesday starting at 1 p.m. with the final round to take place next Thursday at Cross Creek Course in Cullman with a 1 p.m. shotgun start.