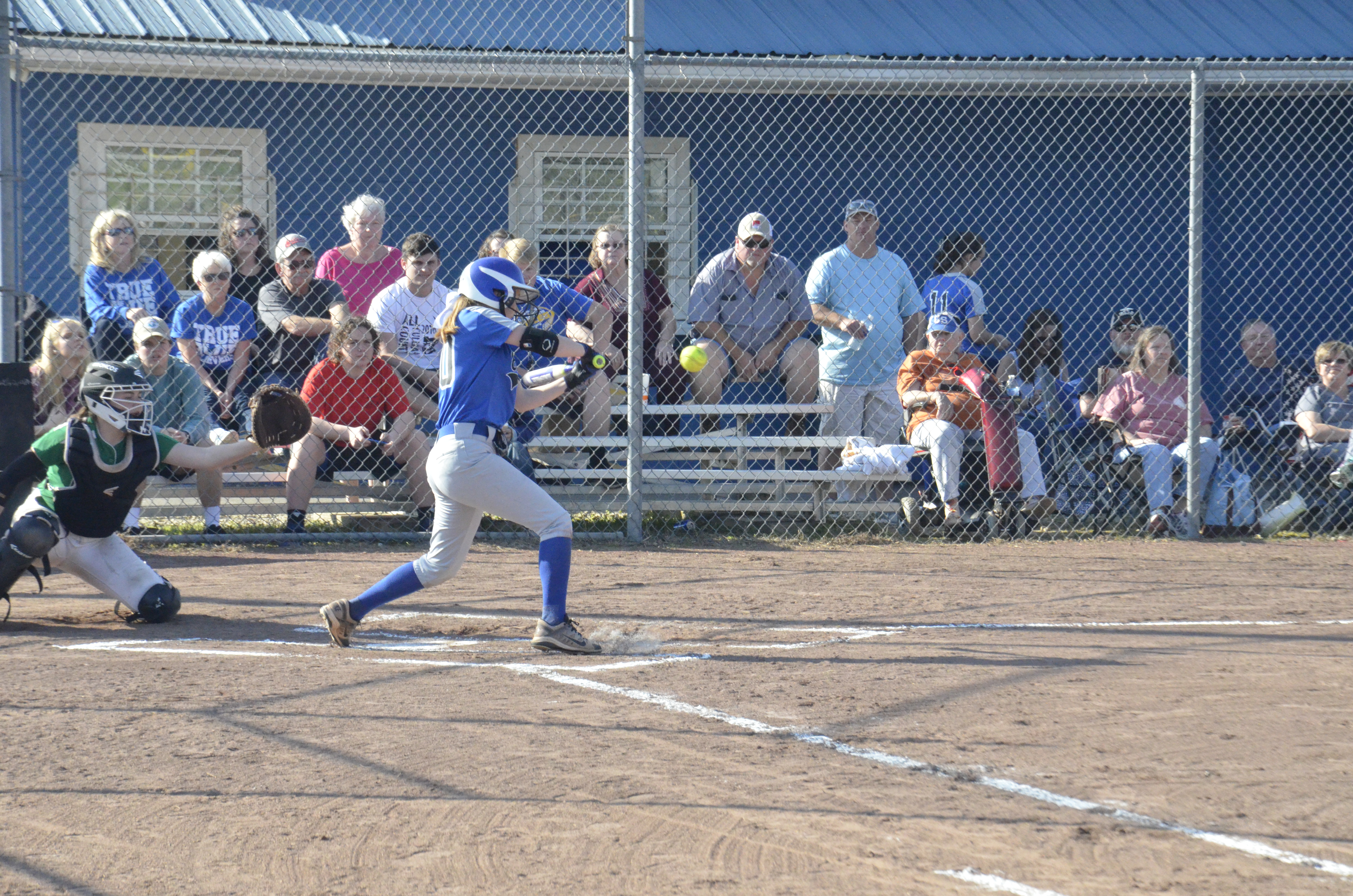 BREMEN – Thirty-five hits, 34 runs and 14 errors are not what the typical softball fan pictures when they head to a game, but that is exactly what happened when the Cold Springs Lady Eagles hosted the Holly Pond Lady Broncos Monday afternoon.

Holly Pond was the first on the board in the seven-inning marathon when Katie Burnham, who had reached base on the first of 14 combined errors between the two teams, came home to score on a Kolby Holcombe single in the top of the first to make the score 1-0.

Cold Springs wasted no time answering the Lady Broncos in the bottom half of the first. Madison Holmes led off the Lady Eagles half of the inning with a booming double to left center, but after two quick outs, it looked as if she would be stranded at second. Victoria Freeman had other plans. She slapped an RBI single to center, scoring Holmes to make the score 1-1.

Maddie Heatherly got the Lady Broncos going again in the second, slapping a pitch onto the outfield grass in center for a base hit. Cierra James and Lili Harris joined their teammate on then base paths with back-to-back singles. The nine-hole hitter, Lexi White, followed with a base on balls to earn the RBI when Heatherly came home. James also crossed the dish in the inning thanks to a Burnham RBI single that gave Holly Pond a 3-1 lead. The lead was short-lived.

Cold Springs opened the second with a trio of singles from Crimson Gann, Kylan Hamby and Desmarie Moore. Holmes quickly brought home Gann and Hamby with a two-run, game-tying single to center. Four batters later, Freeman recorded a pair of RBIs to give the Lady Eagles a lead they never lost.

Holly Pond went in order in the top of the third and Cold Springs got right back to work. The Lady Eagles had a five spot in the third thanks to an RBI double form Holmes, a two-run double from Kathrine Sanders and a big two-run bomb off the bat of A.K. Voce that landed well beyond the left field fence.

Just as it looked like Cold Springs was going to put the game away, the Lady Broncos came stampeding back. Holly Pond picked up runs on an error, a James run-scoring single and a booming three-run shot by Holcombe to make the score 11-8 midway through the contest.

The Lady Eagles fired back with four in the bottom of the fourth thanks to RBI hits from Hamby, Holmes and Freeman and four Lady Bronco errors in the inning, one of which resulted in a run, making the score 17-8. Cold Springs added, what turned out to be a much needed, insurance run in the bottom of the fifth. Holly Pond scored eight more runs over the course of the next three innings, including a solo home run off the bat of Heatherly, but they fell just short as the Cold Springs Lady Eagles held on to earn a hard-fought 18-16 win over their county rivals.