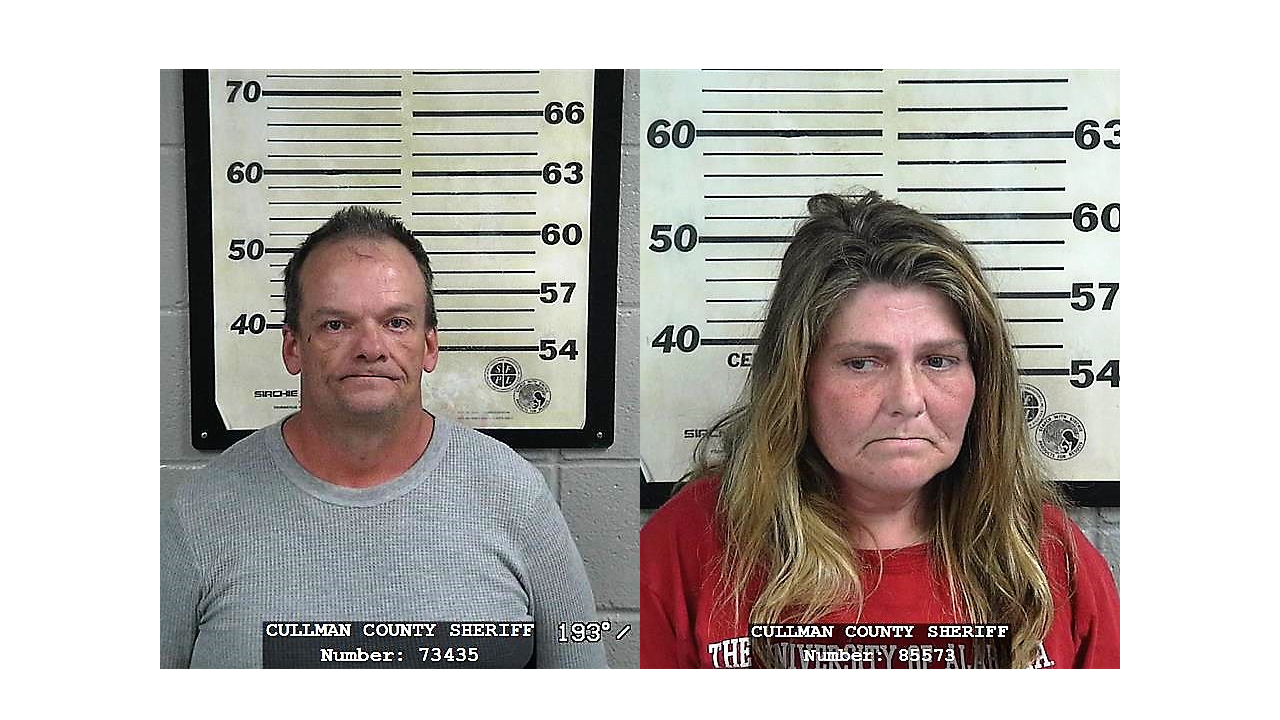 CULLMAN – Two people have been arrested and charged with unlawful breaking and entering of a motor vehicle. Cullman County Sheriff’s Office(CCSO) investigators on Tuesday arrested Robert Lee Holt, 46, of Athens and Vivian Mullins Posey ,43, of Athens. The pair allegedly broke into a vehicle on I-65.

On March 10, CCSO deputies responded to a breaking and entering of a motor vehicle call on I-65 near exit 313. The vehicle had run out of gas, and the owner was taken to a nearby gas station by a good Samaritan to get fuel. When the two returned, they observed the suspects breaking into the vehicle. The owner and good Samaritan took photos of the suspects’ white Dodge 1500 truck as they left the scene.

The CCSO posted the pictures to social media, where another good Samaritan from Madison County recognized the suspects’ truck from an advertisement for a “handyman service” and contacted the CCSO. The tip led investigators to the suspects, Holt and Posey, who are engaged.

“The investigators did an outstanding job locating and arresting these suspects in a short amount of time. Also, this arrest shows the power of social media in helping law enforcement track down suspects and I would like to thank those good Samaritans who sent us tips to help arrest these suspects,” said Sheriff Matt Gentry.

Holt and Posey are currently being held in the Cullman County Detention Center, each on a $5,000 bond.