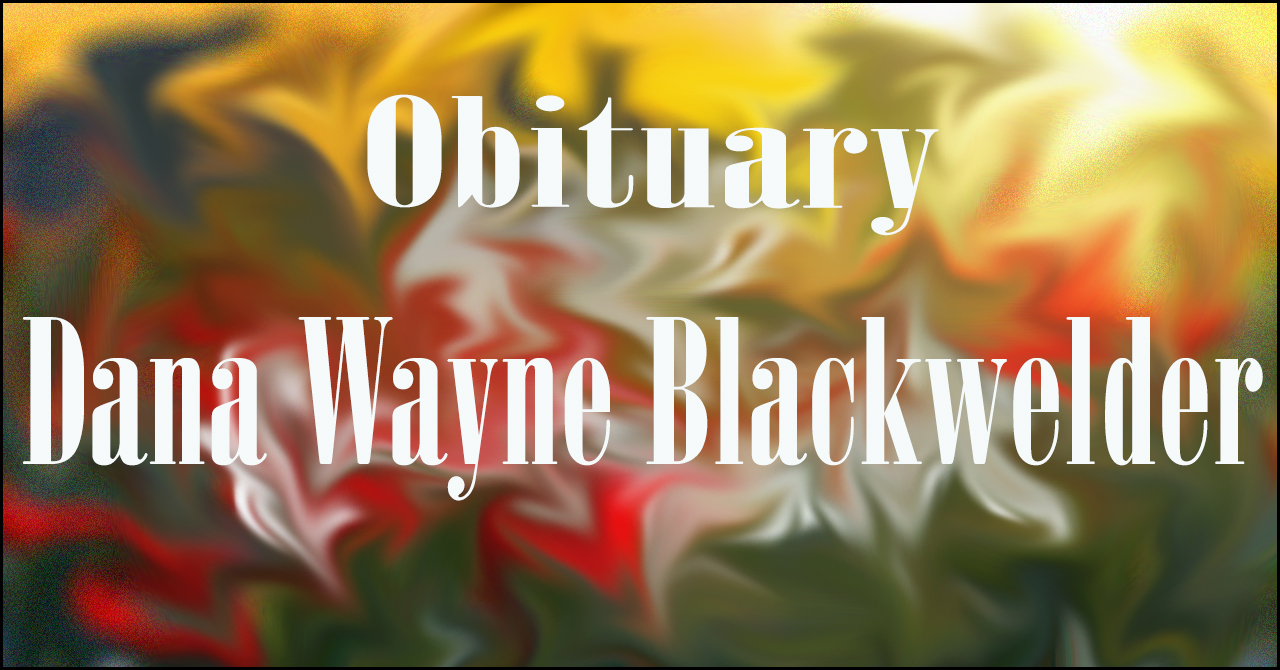 Dana Wayne Blackwelder, 68, of Haleyville, entered into rest on Friday, January 20, 2017 at his home.

Mr. Blackwelder was born on July 5, 1948, in Atlanta, Georgia. Dana served in the United States Army National Guard. He was a member of First Baptist Church of Haleyville. Dana was a 1966 graduate of Haleyville High School and a 1971 graduate of University of North Alabama. He worked as an adjustor for Missouri Pacific Railroad for years before purchasing NAPA Auto Parts from his father. Then later worked for O'Reilly Auto Parts. He was a member of the Lion's Club and a Mason. Dana enjoyed fishing, reading, model airplanes, and shooting guns. He has received numerous shooting and fishing awards.

Visitation will be held on Sunday, January 22, 2017 from 3 p.m. until 6 p.m. at Nichols Funeral Home in Haleyville, where services will be held on Monday, January 23, 2017 at 11 a.m. Dr. T.B. Stringfellow Jr. and David Hulsey will officiate. Burial will follow in Winston Memorial Cemetery.

Dana is survived by his sister, Debra Crutchfield and her husband Larry; niece, Heather Malone; nephews, Adam Malone, and Rob Malone; special friend, Jeremy Wise; and a host of friends.

He was preceded in death by his parents, Bufard and Edna Blackwelder.