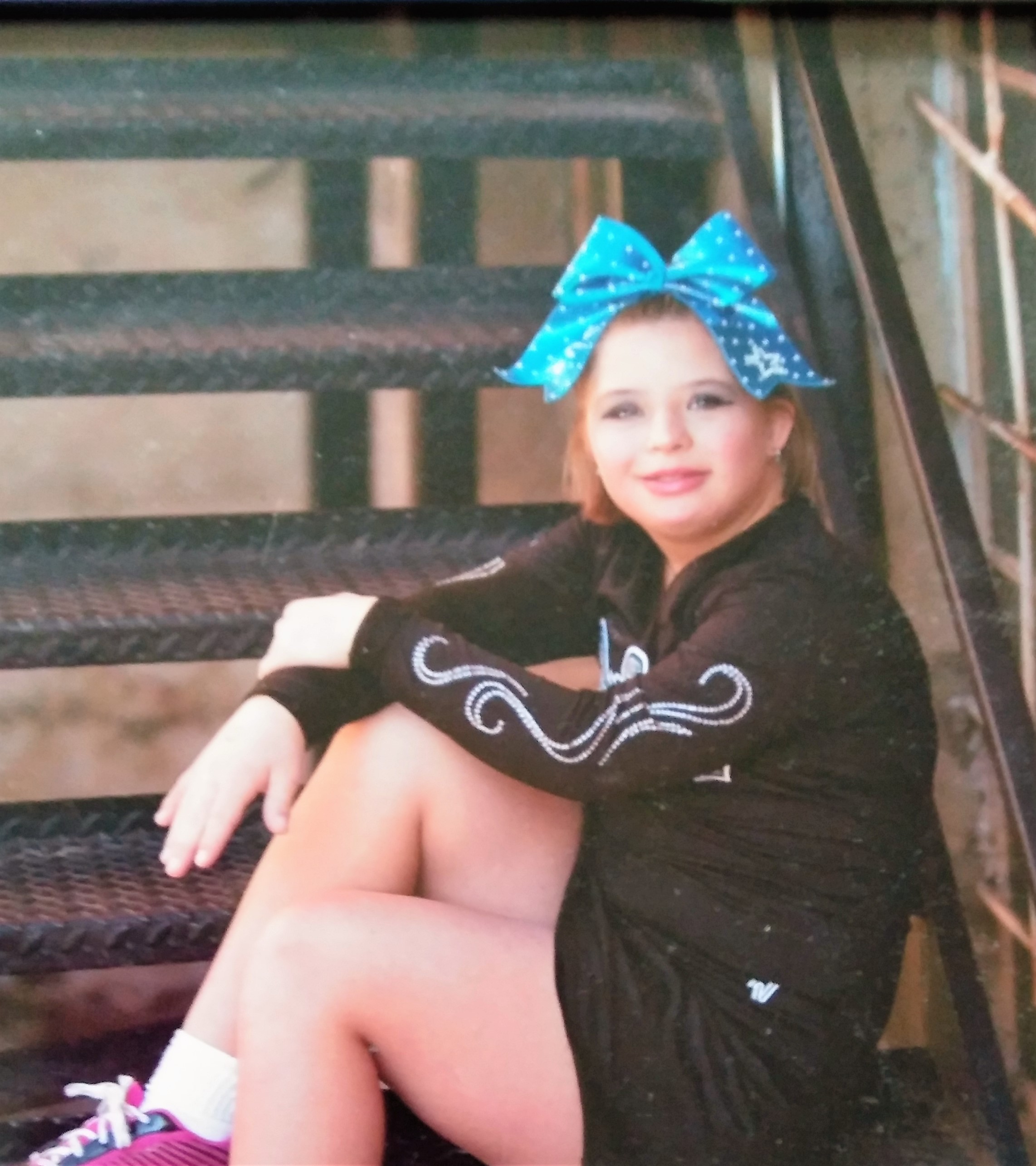 Photo: Alivia is 13 years old and loves to dance and cheer. She has been cheering for nine years. This is her third year to attend Victory Cheer Academy. Alivia has Down Syndrome, or as we like to call it, "up syndrome," because she is the most positive and upbeat child you will ever meet. -Josh and Dawn Farley

CULLMAN – The special needs athletes at Cullman’s Victory Cheer Academy are excited about the possibility of getting to go to the beach for a cheerleading competition on April 1, 2017!

Some of the girls who make up the team will be in town with their moms, this Saturday, to accept donations or sponsorships in order to cover some of the expenses associated with the upcoming season, such as uniforms, practice gear, shoes and hotel accommodation for the national competition.

This will be the third year for a special needs team at Victory Cheer Academy. "This group of athletes always brings the crowd to their feet," said owner Lacy Stancil.

The squad frequently performs in competitions in Birmingham and Huntsville, where they compete with various other special needs teams in the southeast.

The girls practice each week for competitions. The age range is from age 4-99, but the average age is from 7-10.

“They practice choreography, dance and stunts, just like all cheerleaders,” said Dawn Farley, whose daughter is currently on the team. “They frequently perform at the BJCC, in front of thousands of guests.”

Each child receives a trophy and a banner.

The gym has various fundraisers planned to help alleviate all the costs for these students. “We are currently selling raffle tickets for a five-night beach house vacation in Gulf Shores, a gift basket from From the Heart, Plunder jewelry and an RTIC cup, which comes with a $50 gift certificate to a Carmike Cullman,” said Farley. “Many of the families with special needs children have so many expenses associated with their children that they just can’t afford to make trips like these, but the girls deserve to go.

“Cullman is just awesome about helping with special needs events and sports, like VIP Soccer at Heritage Park,” she said.

Victory Cheer Academy is owned and operated by Lacy and Josh Stancil, and is located at 1935 Main Ave. SW in Cullman.

You can find the team’s GoFundMe page at https://www.gofundme.com/2kixtf8.