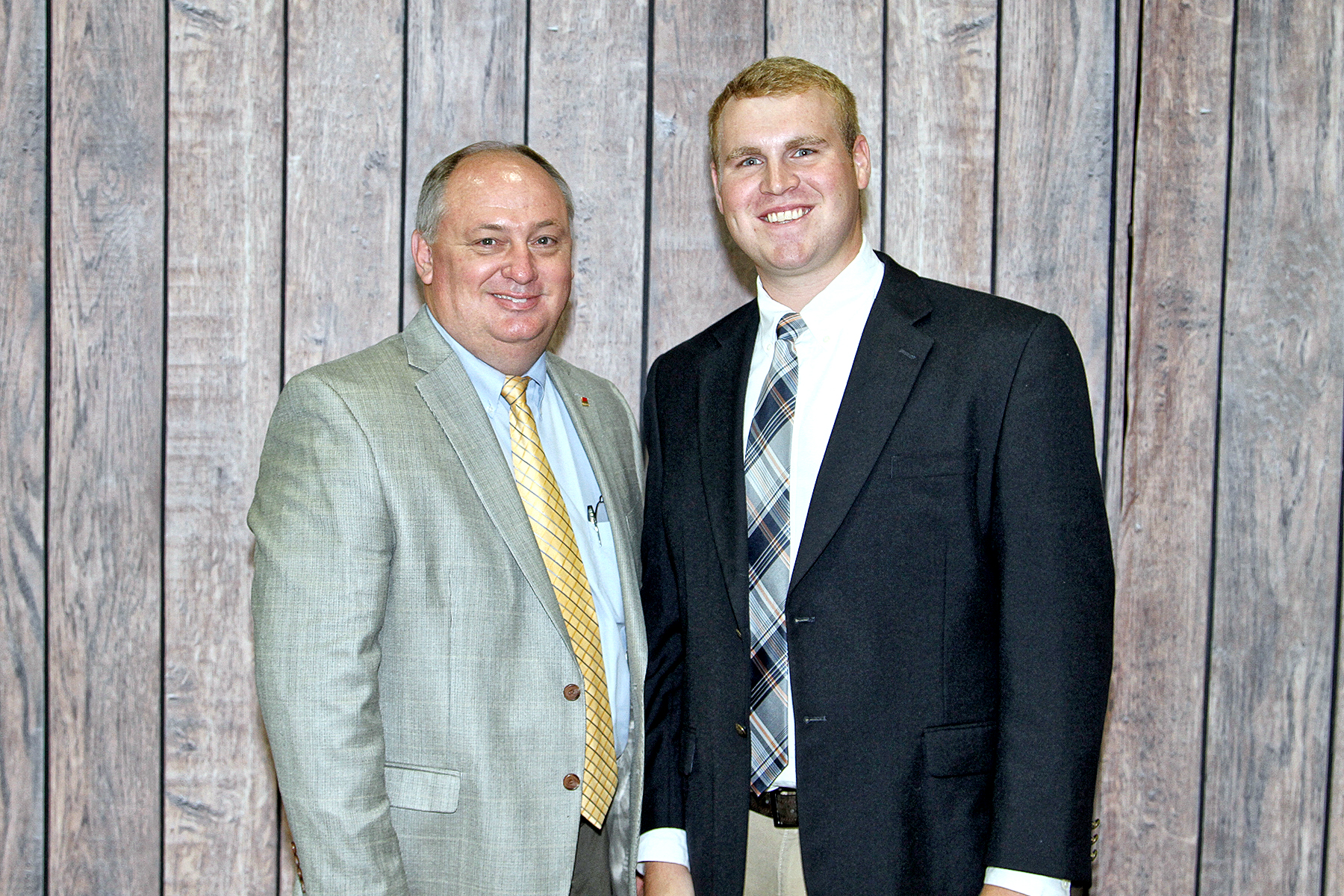 Winners in the Outstanding Young Farm Family (OYFF) and Excellence in Agriculture contests were announced at the closing banquet of the organization’s 43rd Commodity Producers Conference that began Thursday in Montgomery. Four finalists were named in the Discussion Meet.

A Montgomery family, Garrett and Emily Henry and their children Paige, 8, and Mason, 4, were named Alabama’s OYFF and will receive a prize package worth more than $60,000. The Henrys raise beef cattle and live in Hope Hull. They won a new General Motors pickup truck from Alfa Insurance, an 825i John Deere Gator from Alabama Ag Credit and Alabama Farm Credit and use of a John Deere tractor by local John Deere dealers and John Deere. The contest honors farmers 18-35 years old who stand out as agricultural leaders in their farms and communities.

The OYFF runners-up were Stewart and Kasey McGill of Madison County and their daughters Allie, 3, and Reece, 1; along with Lance and Stephanie Miller of Blount County, and their son, Reed, 3 and infant daughter, Jade. Each runner-up received $500 courtesy of Alabama Ag Credit and Alabama Farm Credit. All three finalists received a YETI cooler from the Federation.

Abbie Keel of Calhoun County, a kindergarten teacher at White Plains Elementary School in Anniston, won the Excellence in Agriculture contest. As the winner she took home a John Deere Zero-Turn Mower sponsored by Dow; and a computer package courtesy of Valcom/CCS Wireless.

The Excellence in Agriculture first runners-up were Landon and Lauren Marks of Leesburg in Cherokee County and second runners-up were Daniel and Kim Mullenix of Opelika in Lee County.

The contest is open to young people involved in agriculture who earn no more than half their income from production agriculture. The competition includes an application, 15-minute presentation and a 10-minute question-and-answer session.

Four finalists were chosen in the Federation’s Discussion Meet contest, which simulates a committee meeting where contestants discuss pre-selected topics.

Discussion Meet finalists will compete in December at the Federation’s annual meeting for the top prize of a Polaris 4-Wheeler sponsored by First South Farm Credit.

The Federation also gave YETI coolers to Discussion Meet finalists and the Excellence in Ag first and second runners-up. All contestants received a YETI tumbler for participating.

All Young Farmers contest winners will represent Alabama at the American Farm Bureau Federation’s annual meeting and contests in January in Orlando, Florida.