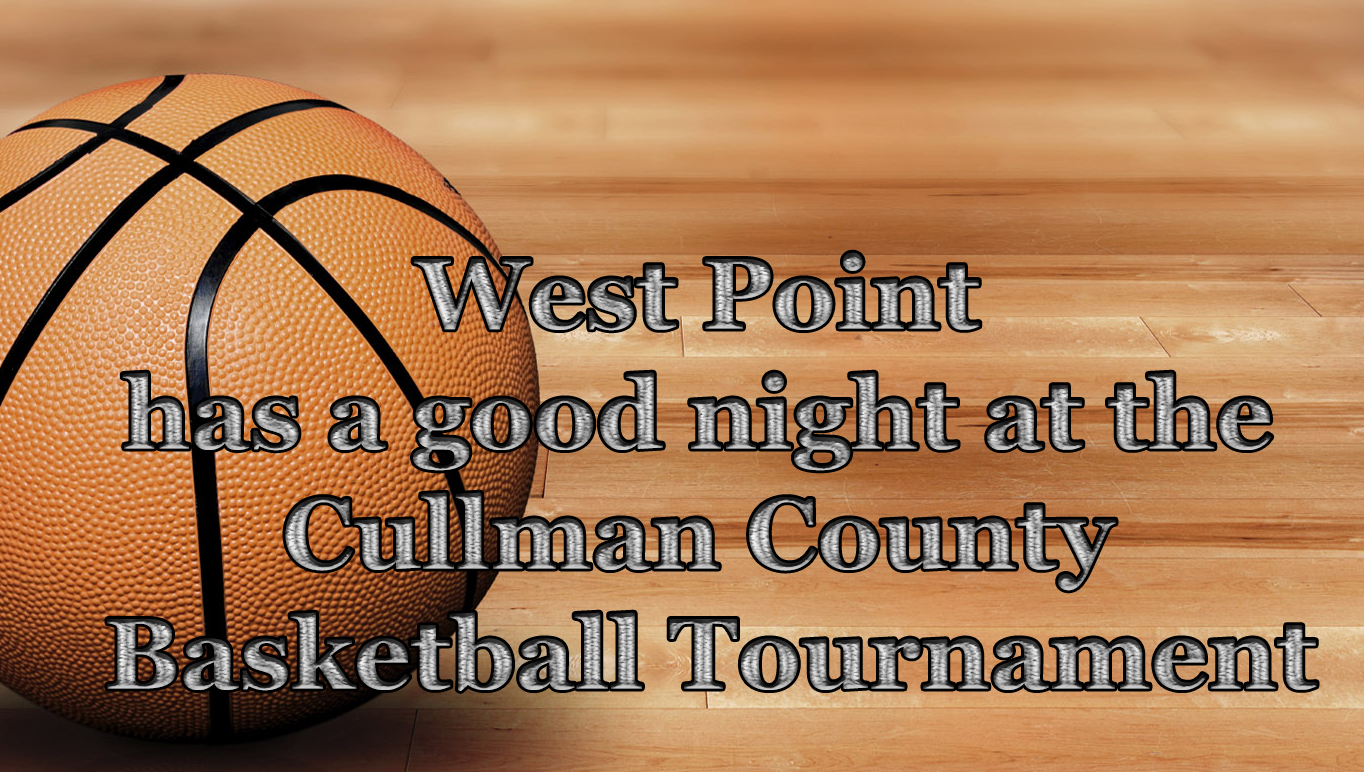 HANCEVILLE – West Point started Tuesday night at the Cullman County basketball tournament with a 61-36 win in the junior varsity over Cold Springs.

That enabled the West Point teams to advance into the tournament. The West Point JV is now in the championship Saturday against Holly Pond. West Point gets a semifinal date Friday vs. the winner of the Holly Pond-Good Hope game.

In between the West Point victories, the Fairview Lady Aggies continued their domination of Hanceville with their fourth victory over the Lady Bulldogs, a 60-29 triumph.

West Point has won seven straight after the Warriors took care of Hanceville in the quarterfinal, outscoring the Bulldogs 19-4 in the fourth quarter.

The Warriors clinged to a 55-52 lead following the third then got things going quickly with a couple of field goals and a game that was close was now controlled by Randy Jones' squad.

West Point went on top 32-31 at the half when Tanner Rusk took the ball the length of the floor in six seconds and dropped the ball into the net as time expired.

Will Wrenn set the tone for the Warriors with 22 points to lead five double digit scorers. Wrenn scored six times in 10 shots from three-point range and had 14 points by the half.

Point guard Bryant Farley worked down the middle of the Hanceville defense and finished with 15, Levi Laney scored 13 after being held without a point through the first half.

Rusk was the fifth Warrior to get double figures, ending the game with 11.

Hanceville got 10 baskets to fall from three-point range, but the sluggish fourth period did the Bulldogs in.

Facing Hanceville for the fourth time and second in a span of four days, the Lady Aggies controlled the second half to put away the Lady Bulldogs in a quarterfinal matchup.

It was 28-17 Fairview at the break then 42-25 in the third period. The fourth period belonged to Mary Lauren Hartline's Lady Aggies by the margin of 18-4.

With Cold Springs not a full strength due to two players with illness, West Point capitalized in starting the game with a 17-4 lead and was ahead 33-11 when it reached intermission.