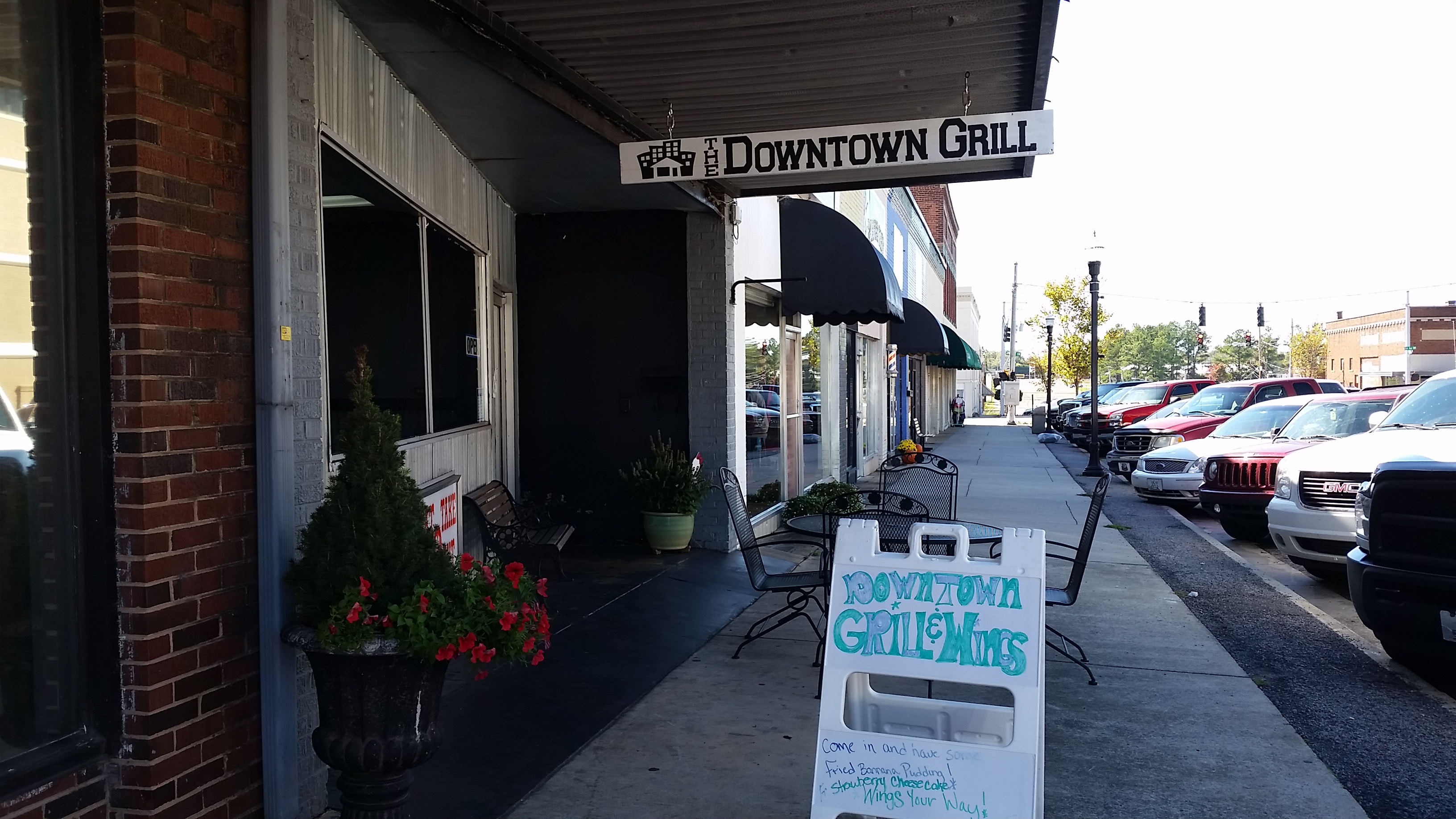 CULLMAN – The Downtown Grill has been a staple around Cullman for quite some time. It’s simple, but delicious diner food has kept its doors open for years. It has been the place to eat before a big game, or just to grab a bite and hang out with friends. It is this legacy that the new owners of Downtown Grill want to keep and improve on.

Katie Lee, and her husband Justin Lee, recently took ownership of the small restaurant and are excited to take the establishment to the next level.

“My husband and I both graduated from Cullman High School, and we have been coming here for years and years,” said Katie. “And Justin really wanted his own restaurant. I grew up working at my parent’s restaurant Carlton’s, so I knew a lot about it, and he really wanted his own place. So we talked to the previous owner Wayne, and he was getting ready to retire so we got it.”

Some exciting changes are happening at the restaurant according to Lee, starting with the menu.

“We are going through the entire menu and making some changes,” she said. “All the hamburgers are hand pattied now, hotdogs are Nathan’s hot dogs, and we also make homemade coleslaw and chili. So a lot of items we are taking one item at a time, and making them our own, and changing them up a little bit. We’re also adding some new salads and wraps for healthier choices.”

In addition to some new and updated menu items, Justin and Katie are also excited to announce the new hours for the diner.

“We are changing our menu items starting next week,” said Lee. “We will be closed Sunday and Monday, but Tuesday through Saturday, we will be open from 10 a.m. to 9 p.m. We decided that everyone is tired on Mondays so that was a good day to be closed, but then we’re open longer all through the week so that is really exciting.”

The new décor for the restaurant is very simplistic, modern and still in keeping with the hometown diner feeling. Pictures representing several local schools adorn the walls on one side of the restaurant, while the diner’s logo is beautifully painted on the other.

“Jack Tupper, did our logo painting on the wall, and he will also be painting on our brick on the top of the building out front, and we’ll put lights on it,” Lee said. “I liked using him because he is a great painter and also local to Cullman.”

The revitalization of the Grill is just what the doctor ordered with the downtown scene in Cullman really thriving. In addition to the changes already mentioned, the new owners are also proudly offering pitchers of draft beer, and also a new selection of craft beers. They are excited to serve their community, and make The Grill the must eat diner in Cullman.

“When Justin and I were in high school, this is where we always ate before the game,” said Lee. “All your friends were at the grill, and I want to get back to that. On Cullman home game nights I want to stay open as long as they want to come in. If they are still coming in at 12, then we’ll feed them. We just want to be community oriented, and do this for the love of everyone here.”