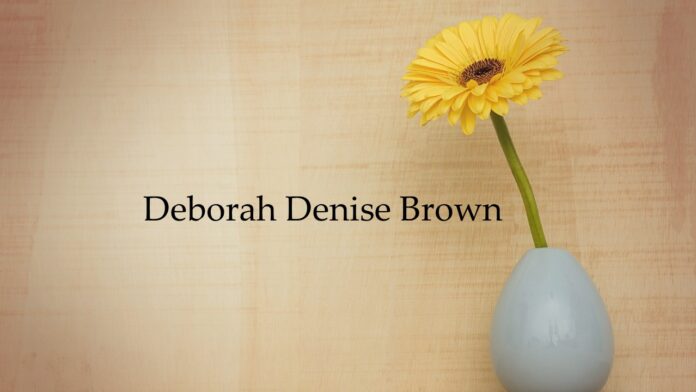 Deborah Denise Quick Brown passed away at the age of 65. A Celebration of Life Service will be planned at a later date.

Debbie was born in Cullman, Alabama April 14, 1957.  At the age of two, Debbie was adopted into the family of Orbie and Lula Quick, lovingly known as Mom and Pop.  At the age of 16, Debbie met her husband to be Dale Brown.  They went on a date and have been together ever since.  Some thought this would never last, but it lasted 48 years, “until death do us part.”

Cullman Funeral Home is honored to serve the Brown family.