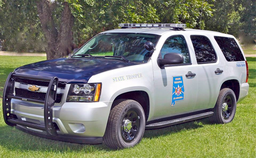 CULLMAN, Ala. – A two-vehicle wreck on Monday, Oct. 3, claimed the life of Bonnie F. Pirkle, 79, of Crane Hill, according to the Alabama Law Enforcement Agency (ALEA) and Cullman County Coroner Jeremy Kilpatrick.

A media release from ALEA said the 2003 Oldsmobile Alero Pirkle was driving along U.S. Highway 278 near County Road 1146 was struck by a 1995 Toyota Tacoma driven by Richard Chase Rosser, 29, of Vinemont.

Troopers said Pirkle was not wearing a seatbelt. She was pronounced deceased at the scene.

Rosser was injured and transported to a nearby hospital.

The crash is under investigation, and no further information is available at this time.