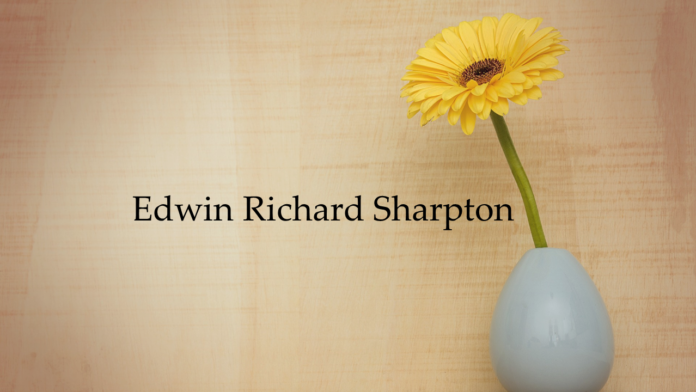 Edwin Richard Sharpton, 87, of Logan passed away on Thursday, December 2, 2021 at Cullman Regional Medical Center. He was born June 11, 1934 to Richard and Bertha Sharpton.

Edwin graduated from Cullman High School in 1952. He entered the U.S. Navy and served four years. He was a member of Beulah Church of the Nazarene.

He is survived by his sister: Mary Ruth Guthrie; two brothers: Billy Sharpton and Harold Sharpton, as well as a host of nieces, nephews, other relatives and friends.

He was preceded in death by his parents and two sisters: Mavis Sharpton and Beatrice Cottle.

Funeral services will be held on Sunday, December 5 at 3:30 p.m. at Moss Service Funeral Home, with burial to follow in Baileyton Cemetery. The family will receive friends on Sunday from 2:30 p.m. – 3:30 p.m.