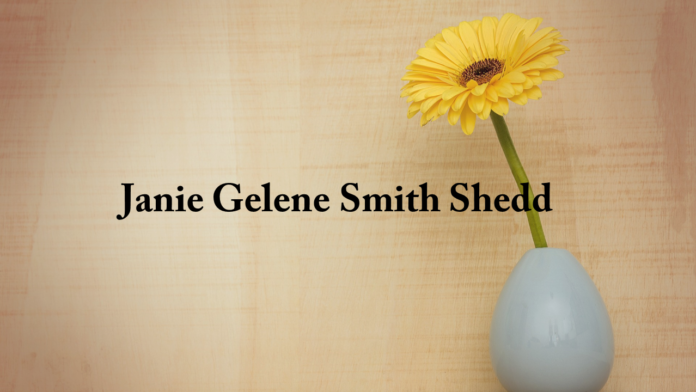 Mrs. Shedd was a homemaker. She was also involved in several successful family businesses, alongside her husband Ottis. Gelene was a member of Zion Grove Baptist Church. She was a faithful wife of 77 years as well as a loving mother, grandmother, and great-grandmother.

Gelene is preceded in death by her parents Roy Leonard and Dina McGinnis Smith: her husband Ottis L. Shedd: and her sister Ezma Collier.

Friends may visit with the family Tuesday, two hours prior to services, from 11 a.m. until services begin.