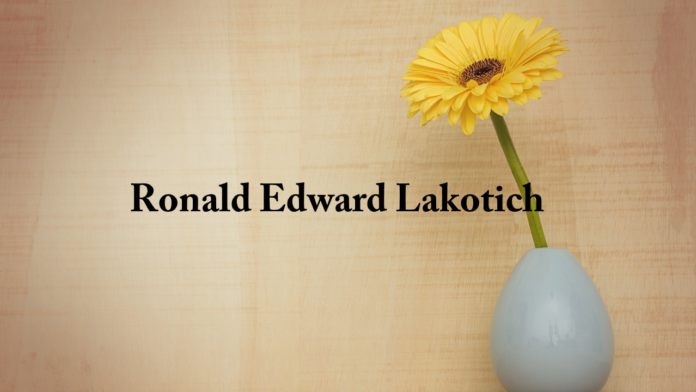 Memorial services for Ronald Edward Lakotich, 61, of Huntsville will be at 7 p.m. Wednesday, Dec. 18, 2019 at Cullman Heritage Funeral Home with Sherrita Barnett officiating.

He was preceded in death by his son Chase Lakotich; parents Eddie and Peggy Lakotich; and sister Lisa Black.