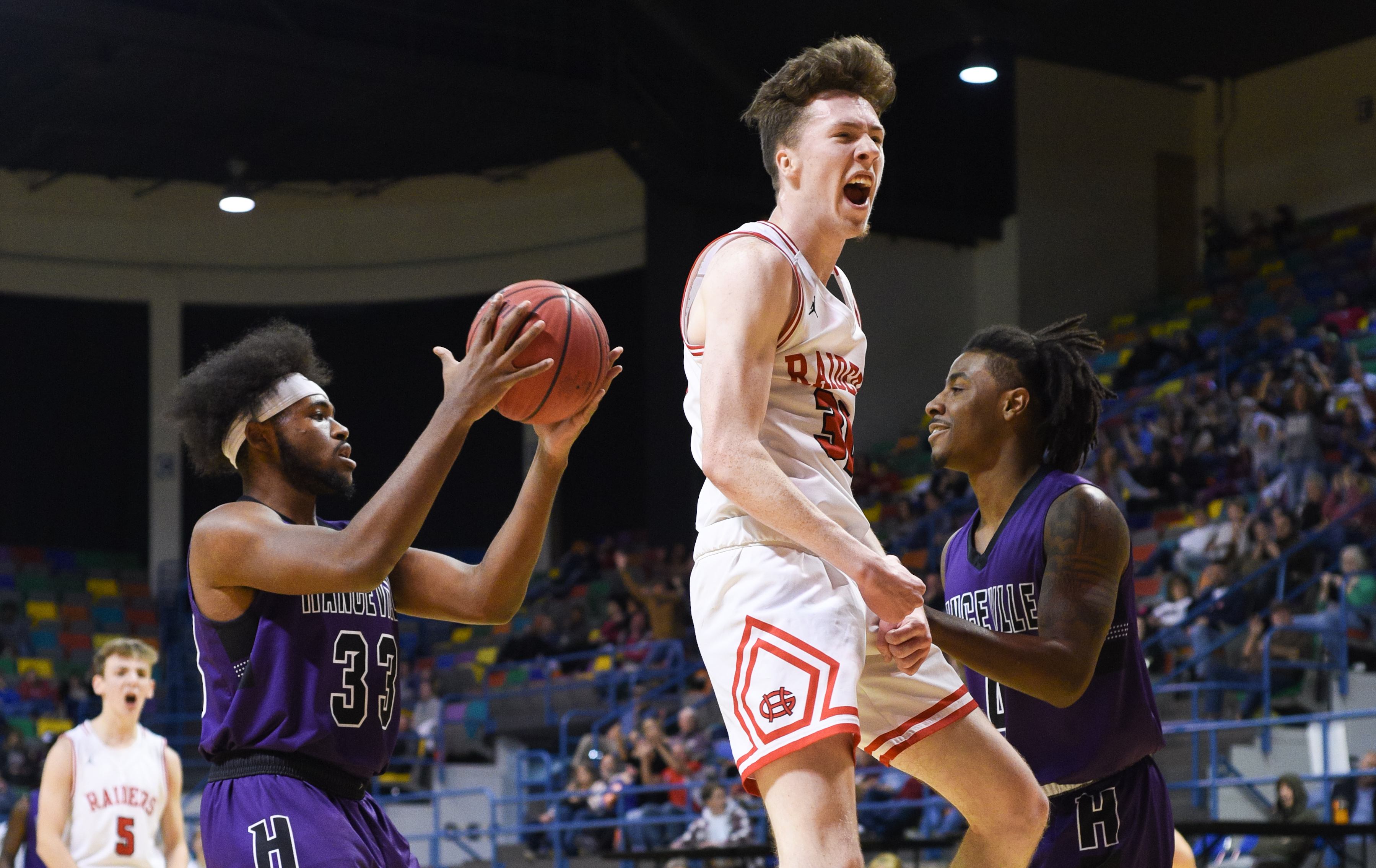 HANCEVILLE – In our final title match of the Cullman County Tournament, the top seeds in the varsity boys’ bracket faced each other with the county crown on the line.

The game was tight for most of the opening quarter, but Good Hope led the way 20-14 by the start of the second. The Raiders began to add to their lead and create separation in the second quarter. A basket by Noah Fendley off a phenomenal assist from Cole Maddox put Good Hope on top 29-16 midway through the second and a pair of free throws from Drew Maddox made it a 31-18 game shortly after that.

RJ Evans chipped away at the lead with a layup inside of three minutes to play in the half, but Dawson Turner responded with a corner three on the other end to restore the double-digit lead. Both teams traded baskets in the final two minutes of the quarter, but the Raiders maintained a 41-29 lead at the break after another corner three from Turner in the final seconds of the half.

The Bulldogs were able to get the game back into single digits midway through the third but turnovers late in the period made it tough for them to get closer to the lead. The Raiders led 47-39 with less than a minute to play in the period but a last-second tip in by Tanner Malin put Good Hope on top by 10 at the start of the fourth quarter.

A three from Fred Ellis cut the lead to 50-42 early in the fourth but turnovers continued to plague Hanceville. A pair of free throws from Cole Maddox gave the Raiders a 57-42 lead midway through the fourth quarter and Good Hope was able keep the Bulldogs at a safe distance the rest of the way. The Raiders pulled away to win it convincingly, 65-47.