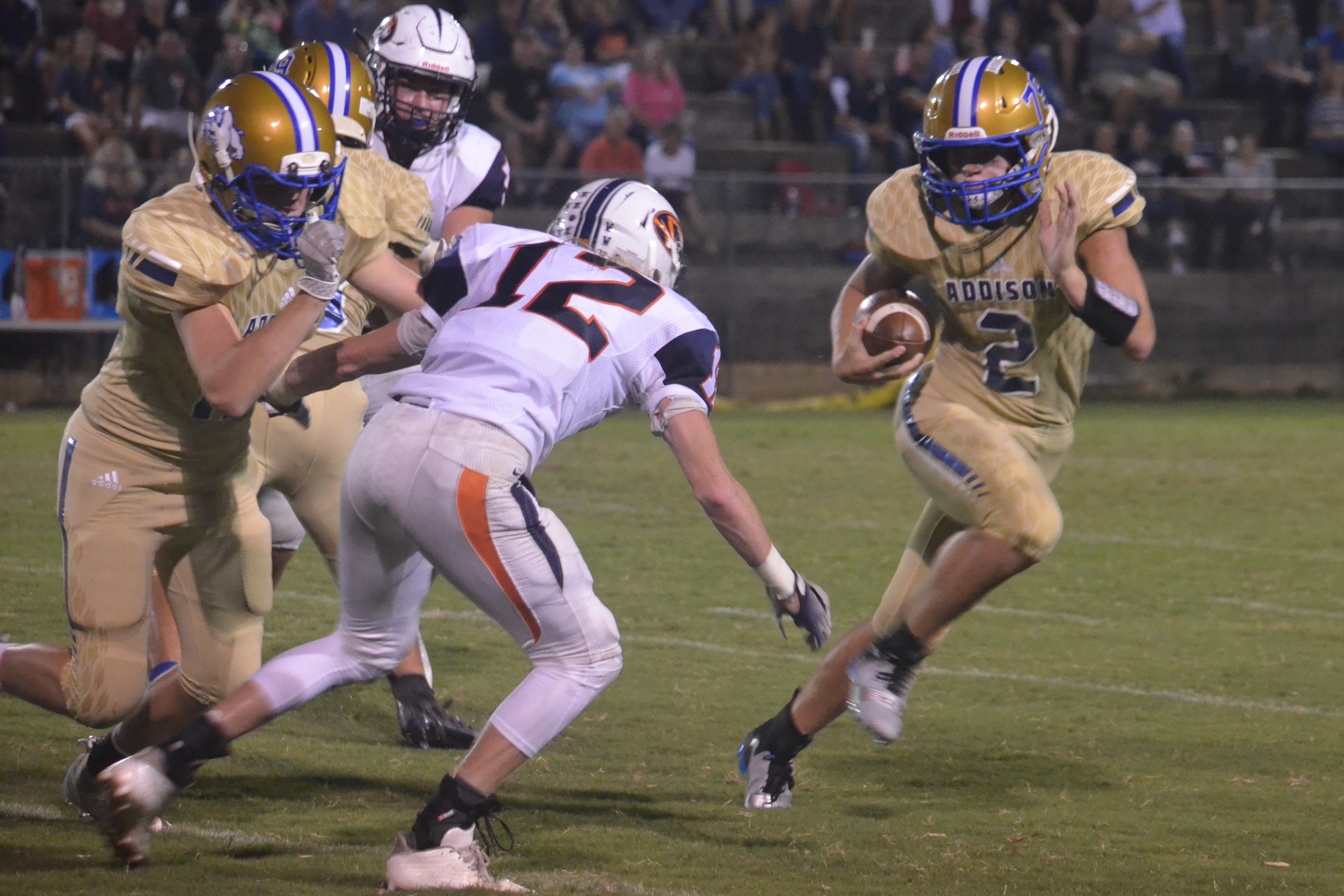 Addison got off to a bit of a slow start, going down 6-0 early in the first quarter after the Bulldogs muffed a punt deep in their own territory. A couple of possessions later, Addison’s offense got a spark when quarterback Zayne Guthrie found Luke Chambers deep down the middle for a 33-yard touchdown to go up 8-6 late in the first.

Grant Rice punched one in from 2 yards out on the Bulldogs’ next possession to stretch the lead to 14-6. Addison took a 14-6 lead into the halftime break after a goal line stand from the defense late in the second quarter. The Bulldogs went for 115 yards on the ground in the first half while holding Red Bay to just 81 yards of total offense.

The second half was a different story. After a hard-fought, competitive first half, the Bulldogs lit up the scoreboard thanks to explosive plays on the ground. Guthrie got things started by taking one 80 yards on the first play of the third, but the Tigers quickly responded with a 60-yard touchdown through the air that cut the Addison lead to 20-12. The Tigers did not score again. Guthrie went for 114 yards and a touchdown on 10 carries.

The Bulldogs were forced to punt on their next two possessions, but Rice cranked things back up for the offense with a 72-yard touchdown sprint right up the middle of the field to go up 26-12. Rice finished with 159 yards on 14 carries, 133 of which came in the second half, and two touchdowns.

Addison continued to pull away in the fourth quarter, adding to its lead with a 3-yard touchdown run on fourth-and-goal from Chambers and a bruising, 10-yard touchdown run from Caleb Crider. Brett Smith also came up with an interception in the final quarter that helped ice it for Addison and put the Tigers away 39-12. The Bulldogs wore down the Red Bay defense with nearly 300 rushing yards in the second half.

Addison (3-1) will be back in action next week when the Bulldogs travel to face their next region foe, the Sheffield Bulldogs (Class 2A, Region 7).