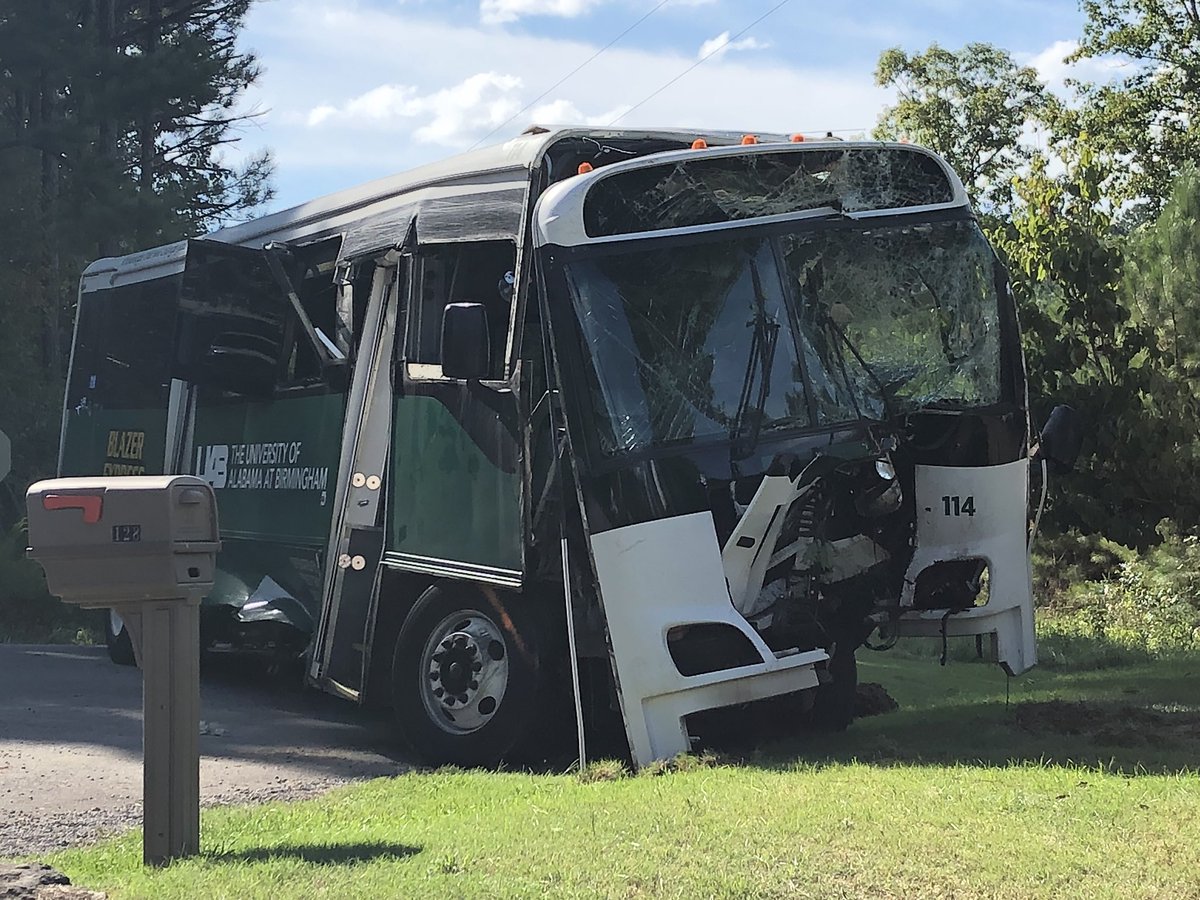 According to a statement from UAB on Saturday, "Twenty-six UAB employees and one First Transit employee were involved in a bus accident in Winston County Friday afternoon. UAB Hospital received 21 people from the accident scene. Cullman Regional Medical Center received six patients from the accident scene. Four of those patients were examined, treated if necessary, and released. The two remaining patients from Cullman Regional were transferred to UAB Friday evening, bringing the total number of patients received at UAB to 23. Of those, a total of 17 patients have been examined, treated if necessary, and released. The conditions of the remaining six admitted patients continue to range from good to serious.”

Alabama State Troopers said the bus rolled down a hill and struck a large rock, then a tree.

A spokesperson for UAB said the employees involved were all pediatric residents who were returning from a retreat at Camp McDowell.