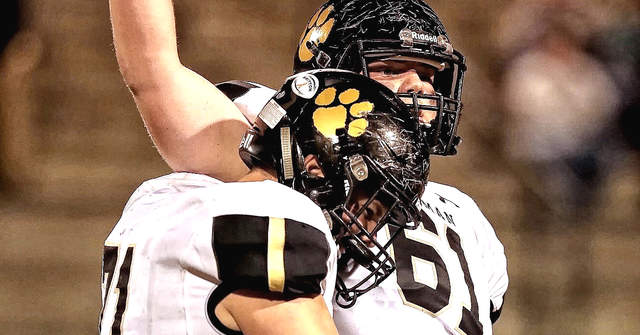 Nunnelley helped lead the Bearcats to a 7-3 record and a play-off berth in his final season; he was also selected for Class 6A's second team offense on the All-State Football Team and will be playing more football in the future; on Dec. 20, he inked a scholarship play for the Eastern Kentucky University Colonels and coach Mark Elder.

"It feels awesome," Nunnelley said. "All of my hard work is finally paying off and being selected in the North-South All-Star game is a huge honor and I'm very blessed and honored. That being said, I will not be able to play in it because I will be in college at Eastern Kentucky, but it's still a huge honor to be selected."

Being at Cullman for the whole four years of high school and learning a lot from his coaches and teammates has really helped Nunnelley get to this point in his life.

"I started as a freshman in high school and I was kinda shell-shocked, but I got a lot of encouragement from my coaches and teammates. They all had my back. Another huge part was coach Mark Britton believing in me and helping me get my name out to all the college coaches," he said.

Nunnelley learned a lot from Britton during high school and said he feels very blessed to have played for him.

"It means the whole world to play for him," Nunnelley added. "I would do anything for Coach Britton. He is a great coach and I loved playing for him every second. I learned a ton from him on being a leader and how to be a good football player, but also on how to be a better person."

Nunnelley will now go to an Eastern Kentucky team that for him, has similarities to the Bearcats.

"I know one thing that helped me with Eastern Kentucky was that they run a similar offense like we did my four years at Cullman," Nunnelley said. "I will bring a hard work ethic and leadership to Eastern Kentucky and try to win a championship. I want to thank all of my coaches, my teammates for pushing me in drills to get better and better and my trainer coach, Steve Johnson, from ASPT.  But I really couldn't have done any of this without my parents; they were with me through everything, the good, the bad and the ugly. I really appreciate what they have done for me."

The North-South game will be played Thursday, July 19 at Montgomery's Cramton Bowl. Kickoff is set for 7 p.m.