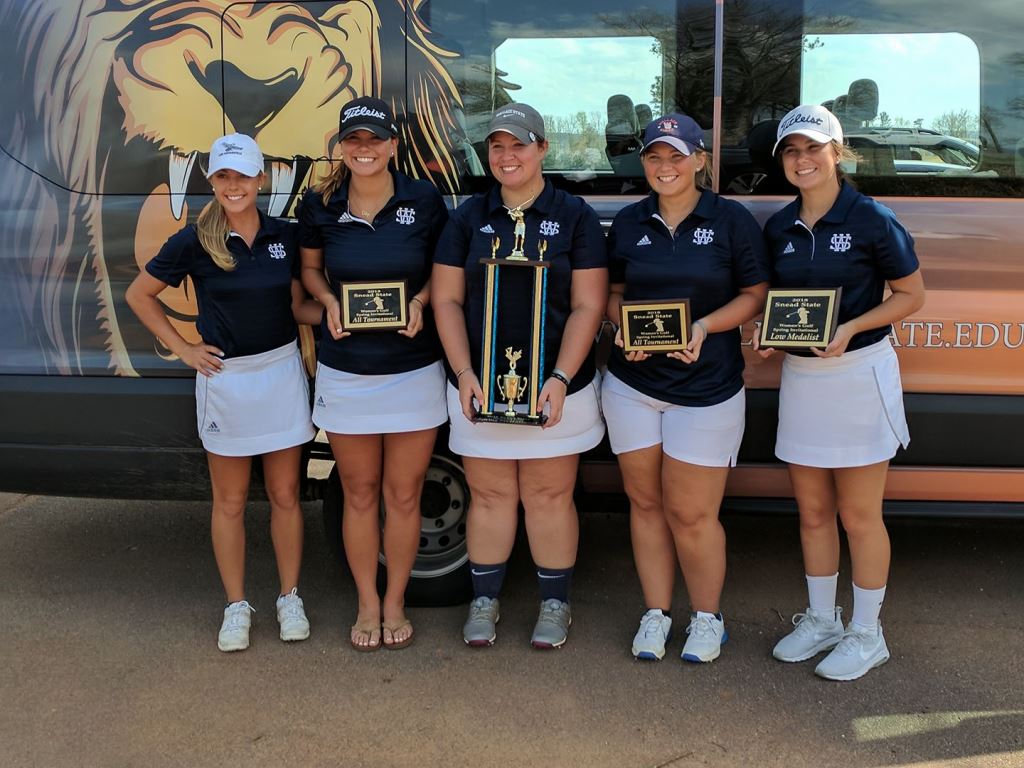 “I’m very proud of our women’s team. They have been working hard to get better. This is another great confidence booster for them heading into the conference tournament later this month,” said Wallace State coach Dan York. “They are an excited bunch, and I’m looking forward to seeing what they can do as we enter postseason play.”

Wallace State’s Annalee Stephens, a sophomore from Jasper, also added a third low medalist title to her trophy case. She carded a 17-over par 161 (85-76) to outlast teammates Anna Seahorn and Dalys Mullican, who each finished one shot behind with an 18-over 162.

Stephens was the ACCC Tournament low medalist last season as a freshman.

“Annalee is a true competitor. She embraces the challenge of going out, competing and doing the very best. She wants to beat you,” York said.

The Lady Lions host the ACCC Tournament on April 15-17 in Cullman.

The Wallace State men head to Scottsboro next week for their conference tournament.

“Both of these teams have great chemistry and it runs deeper than on the golf course. It’s a joy to be around them. They are like brothers and sisters. They hang out all of the time and truly create a family atmosphere,” York said.

The Lions improved to 30-11 overall and 15-1 in the ACCC North Division. They have won 15 of their last 16 games and 17 of 18, opening up a four-game lead in the division. Wallace State is the three-time defending ACCC champion.

Meagan Schwieterman went the distance in the opener on the mound, moving to 15-6 on the season.

In the nightcap, Wallace State scored five runs in the first inning, highlighted by a Caroline Burns RBI double and a two-run single by West.

Sidney Edwards hit a solo homer in the third.

Lauren Keplinger (12-2) was the winning pitcher with a complete-game effort.