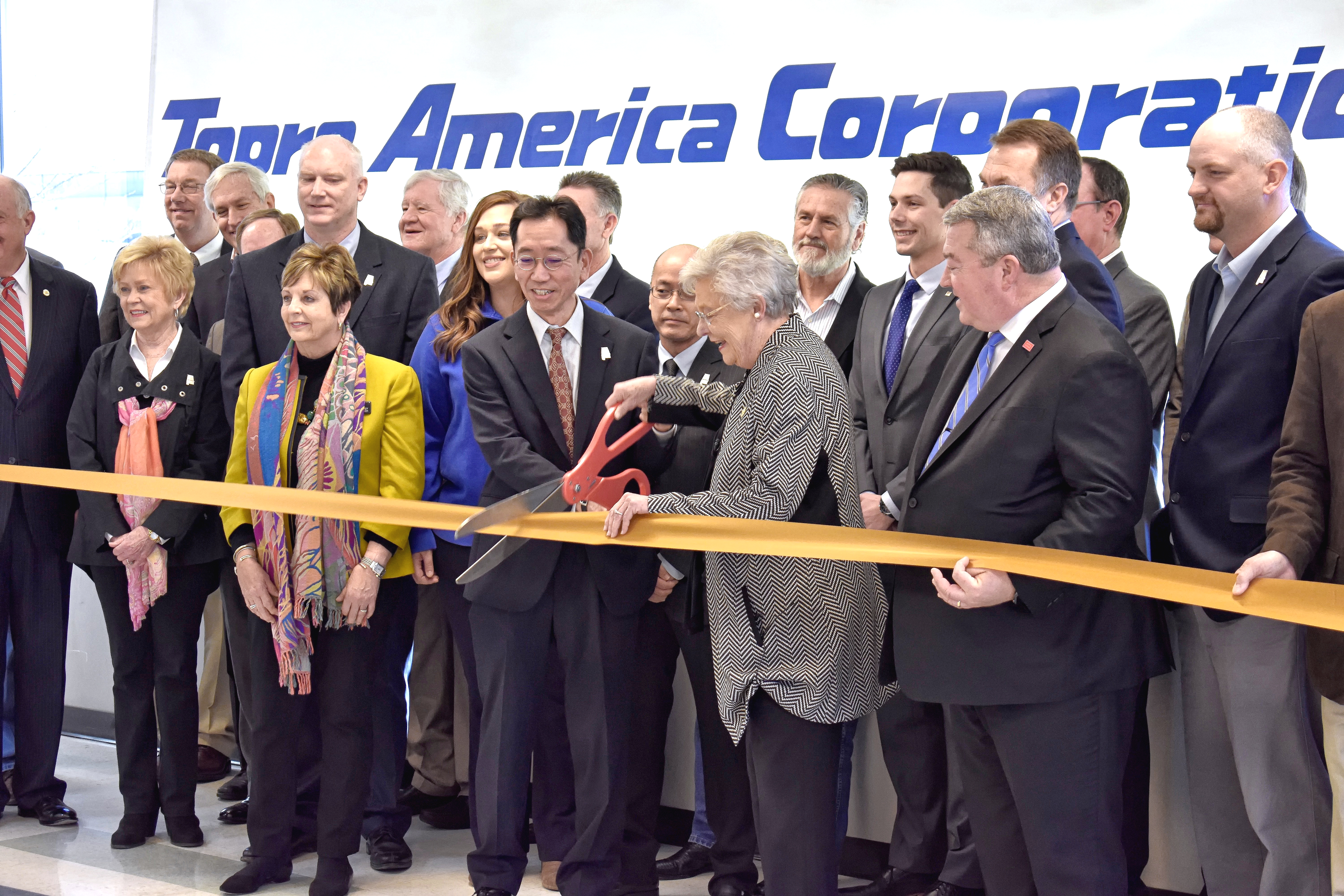 CULLMAN – On Friday morning, Gov. Kay Ivey was in Cullman to join Topre America Corporation in announcing the company’s $80 million expansion project. The expansion, which Topre estimates will create approximately 98 new jobs, is in addition to its most recent expansion, a $3 million, 42,000-square-foot multipurpose facility that opened in December 2017. Ivey cut the ribbon on that structure, which is being used for storage and distribution.

The $80 million expansion will focus on a new manufacturing production line which will be used to supply parts for Nissan’s 2018 Altima being built in Smyrna, Tennessee. Topre plans to install the new press line and machining equipment on an extra press pit that was built with future expansion in mind. Construction is slated to begin in the coming months.

“It is always a good day when existing Alabama businesses choose to expand,” Ivey said. “Topre America’s expansion is a testament to the quality of our workforce and makes clear that world-class companies can and will be successful in Alabama. I am proud to be leading a state that is committed to helping both our people and our businesses thrive.”

Ivey said the new hot press assembly line will allow Topre to produce automotive parts that are both lighter and stronger, allowing auto manufacturers to produce cars that are safer and more fuel efficient.

Ivey spoke of the benefit for “98 of our neighbors, 98 more of our moms and dads, 98 more folks we go to church with,” saying, “This just reflects a commitment on the part of Topre and this community, not just to grow a business, but to grow a community and a state, for the better for all.  This is real commitment, and I’m sure proud to help lead a team like this.

“When you have a team working together with teamwork, and committed to business success and families to thrive, that’s a recipe for success.  Our unemployment now is at an all-time record low of 3.5 percent, and in December we also reached a new benchmark of 2.1 million Alabamians actually being employed in our great state.  That is an all-time record.”

“I agree with Governor Ivey. Topre’s decision to locate in Cullman and Alabama was the right one. We are extremely proud the community, state and company partnership has produced such great results,” Greer said. “We promised Topre that the work ethic and trainability of Alabama workers would only enhance the company reputation for production quality and this labor force has certainly delivered.”

Said Ivey, “We are experiencing strong economic growth in our great state, and it’s a testament to the fact that what we are doing and the way we are doing is working.  And, as a result, the people of Alabama are working and better able to care for themselves and their families.  And y’all, that’s just plum good news!