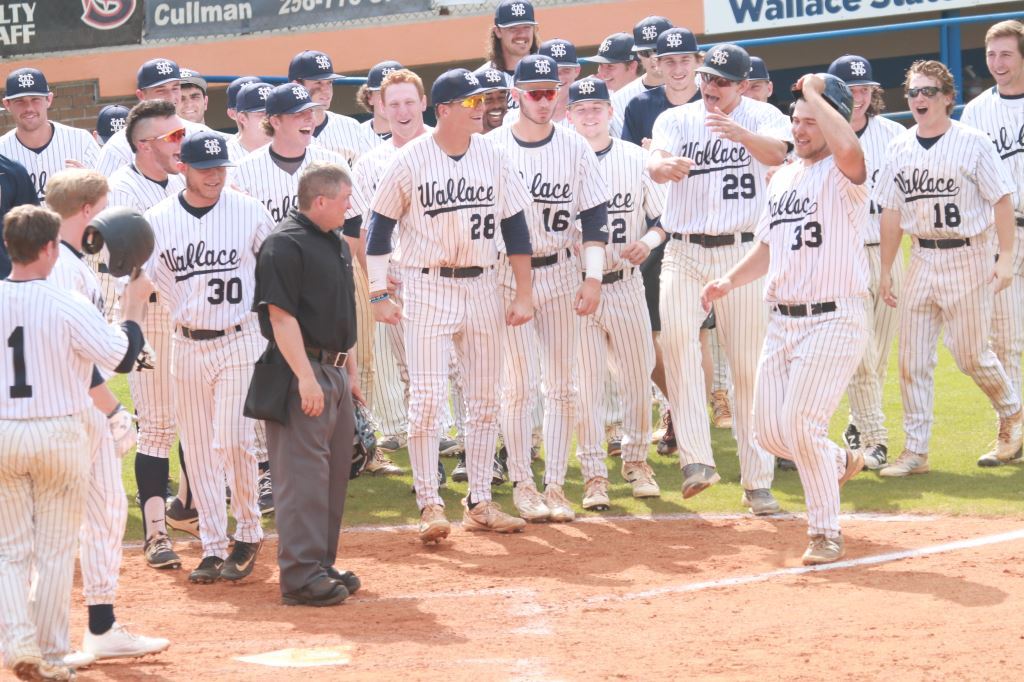 HANCEVILLE – Wallace State’s baseball team believes it has unfinished business to pursue during the 2018 season.

The Lions are coming off a 46-13 record and an Alabama Community College Conference (ACCC) North Division championship last season. Their only blemish was an unexpected early exit in the postseason — the 26th playoff appearance under NJCAA Hall of Fame coach Randy Putman.

“When you go 46-13 and end up without a conference championship, you feel like you’ve got some business to take care of. I think ‘unfinished business’ is a good mantra for us,” said Putman, who’s entering his 29th season with the Lions. “If you are a competitor and you were in the dugout when the season ended last year, you should be looking for a new season and redemption.”

Wallace State has a slew of sophomores returning across the board, including pitchers Blake Rivera and Tanner Rusk, outfielder Dalton Sinquefield and infielders Kolby Robinson, Kevin Bryant and Palmer Ford.

Rivera was a stalwart on the mound for Wallace State as a freshman, finishing with a 7-1 record and 1.94 ERA. Rivera, an Auburn commit, recorded 72 strikeouts in 55 2/3 innings and was named to the All-ACCC North Division first team.

Rusk, a UAB signee and West Point High graduate, juggled roles as both a starter and reliever last season and went 3-0 with three saves in 15 appearances, compiling a 3.62 ERA.

Sinquefield was a consistent bat for Wallace State as a freshman, flirting with a .400 average over the season’s first two months. He finished with a team-high 60 RBIs and was named an ACCC All-North Division selection. Robinson, a Cullman graduate, served as a steady hand for the Lions last season, hitting .340 with 26 RBIs, 30 runs scored, six doubles and seven stolen bases. Defensively, he made only 11 errors in 59 games.

Ford, a Grissom graduate, led the team in homers and hit over .300, and Bryant was third on the team in RBIs, finishing with a .285 average. Bryant is from Corner High.

“We do have a lot of guys back who made significant contributions. We lost some quality leadership, but I’m excited to see how these guys mature and which players step up as leaders. We have pitchers and position players who had success last year and you hope that translates into success into their second year,” Putman said.

Daniel, a Guntersville native, features one of the team’s top gloves, and Haskins, from Thompson High, can play all three outfield spots. Matthews, from North Jackson, will see extensive time behind the plate.

Sophomore transfer Devin Brown should also provide a boost in the lineup. Brown was teammates with Rivera and Sinquefield at Smiths Station, where they won a Class 7A state championship as juniors.

Sophomores Wallace Henry and Heath Olive are expected to eat up meaningful innings after each gained valuable experience last season. Henry is a former ASWA All-State pitcher at Marbury, and Olive is from Colbert Heights.

Jordan Simpson and Zak Moon return to the staff after suffering season-ending injuries in 2017. Simpson is from Lawrence County High and Moon from Grissom.

Jackson Tavel, a lefty from Corner, joins Wallace State’s rotation as a sophomore transfer after a year at Jacksonville State.

Hayes was the Class 3A Player of the Year from Piedmont last season and Kirk, his high school teammate, was a 1st-team All-State selection. Hayes should log considerable innings for the Lions and Kirk is among the solid catching options on the team.

Sherrill, a Haleyville native, is expected to provide a steady bat in the lineup after being named the Class 4A Player of the Year last season.

Fondren, from Cullman, and Brown, from James Clemens, were also ASWA All-State selections in high school.

Brady Netherton and Austin Parker, both from Hartselle, Robert Coleman (Minor) and Cade Davenport (Apopka, Fla.) round out the freshman pitchers this season, and Cullman’s Caleb Lipsey joins the Lions in the infield.

“We believe we have a strong freshman group. As with any season, you have to see who responds well when the lights come on and the games matter the most,” Putman said. “Baseball is a game of peaks and valleys and freshmen have to gain confidence all the way through. If you have confidence, you can be successful.”

Wallace State begins conference play on March 15 at Snead State. The conference home opener is March 17 vs. the Parsons.

“I’m excited about our overall versatility and depth. That should help us get through what I believe is one of the toughest divisions around. You can’t take a game or a weekend off. No one is a guaranteed win,” Putman said.

Ben Hawkins, a former Wallace State pitcher during the 2009-2010 seasons, is the team’s new pitching coach. Seth McWaters will serve as a student assistant after suiting up for the Lions last season.