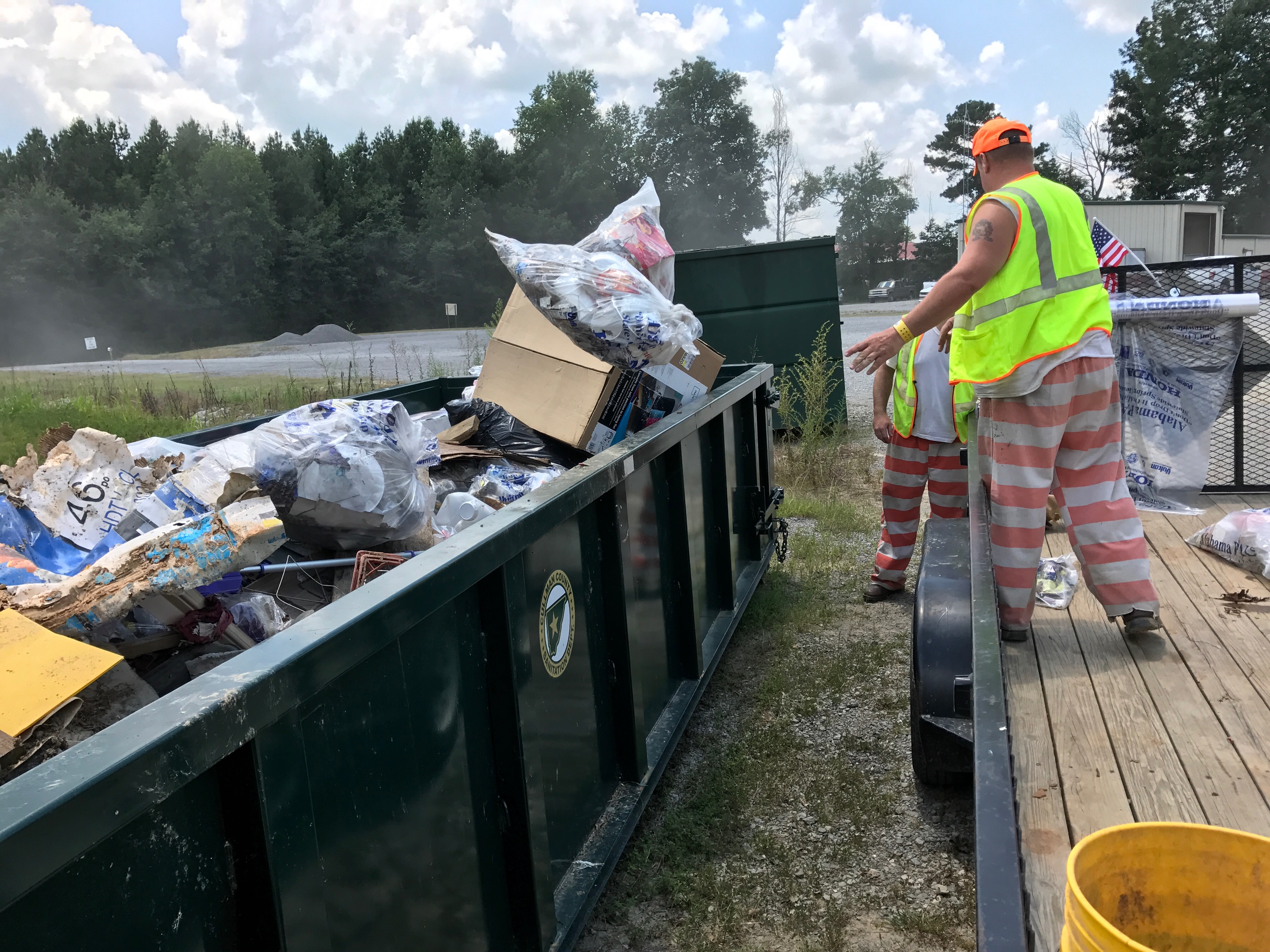 CULLMAN – In 2017, the Cullman County Sheriff’s Office Litter Crew picked up 64,619 pounds of trash off roadways, according to the sheriff’s office. The office said crews worked 314.3 miles of roads, including county and municipal roads, portions of state highways and two interstate exit ramps.

The more than 32 tons of litter was removed from 154 area roadways.

"As I have said many times, this program helps keep our county clean,” said Sheriff Matt Gentry. “I really believe it's better to have these non-violent inmates cleaning our roads than just sitting in jail.”

The office said the crew collected 1,809 pounds of aluminum cans, selling them for $944.71. Gentry donated that money to the Cullman Caring for Kids United Way food bank. Javon Daniel, director of CCK, said he was able to buy 6,608 pounds of food with the donated funds.