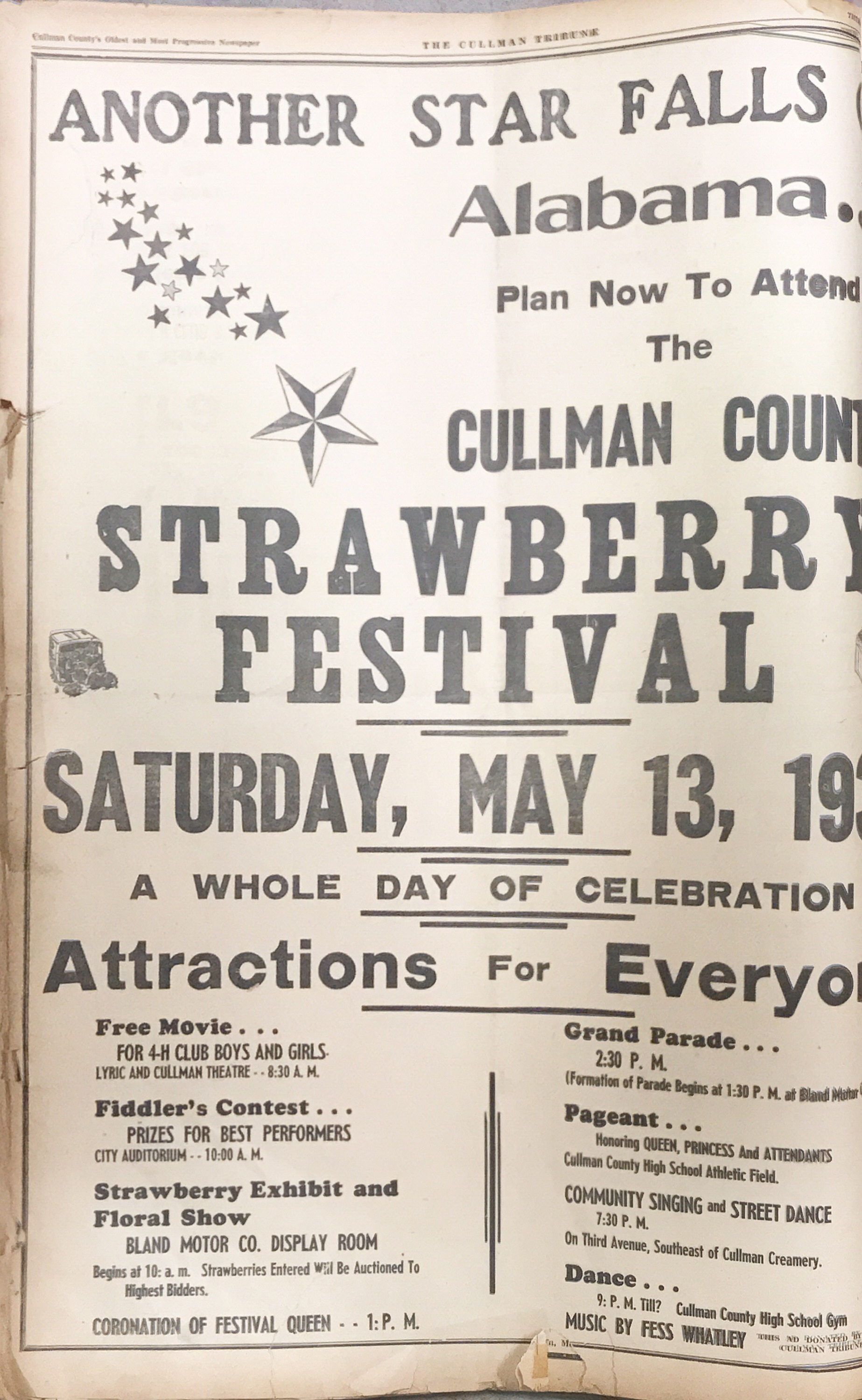 Cullman’s annual Strawberry Festival was first held in 1939. The first festival was held on Saturday, May 13, and featured a large parade, a floral show, strawberry exhibits and auction, a fiddler’s contest, music, a dance and a pageant.  The first strawberry queen was Elenore McGlawn of Hanceville, and the winner of the prize for best parade float was a float entered by Colonial Poultry Farms.

The first festival was considered a great success, and planning began for another festival the following year. The Strawberry Festival quickly grew into a major local event- particularly during the 1940s- attracting large crowds and visitors from throughout Alabama. It was estimated that there were around 50,000 visitors during the 1941 festival.

The festival was halted for several years during WWII, but quickly resumed once the war was over.

Throughout the 40s, the program remained similar to the first year. A Strawberry Queen was crowned each year. Some of the early Strawberry Queens included: (the aforementioned) Elenore McGlawn (1939), along with Margaret Engel (1940), Mamie Deerr (1941), Peggie Sue Gorham (1946) and Charlotte Marle Rosson (1949).